Leading Catalan frefighter, Oriol Duch, will be in Derry Tuesday night to give a talk being hosted by the local Trades Union Council. 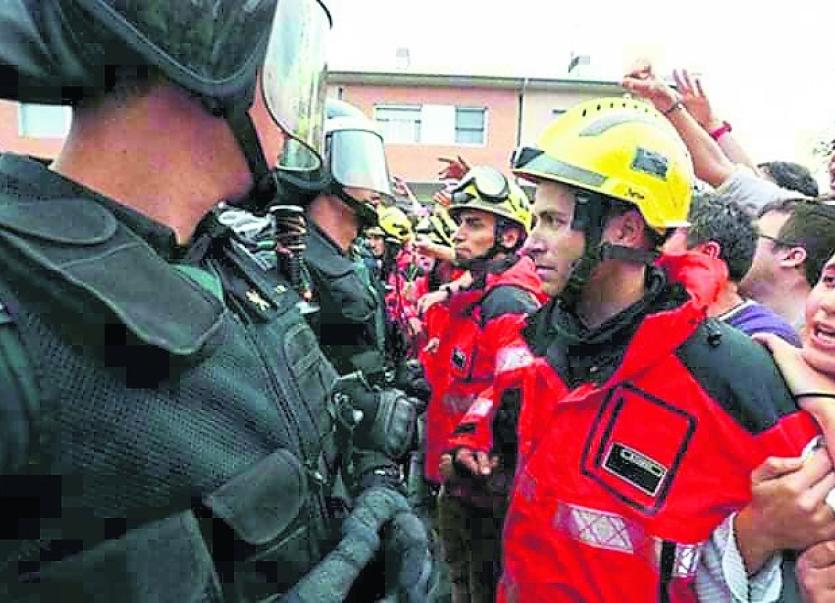 Leading Catalan frefighter, Oriol Duch, will be in Derry Tuesday night to give a talk being hosted by the local Trades Union Council.
The leading Catalan trade unionist took part in forming “human shields'” around selected referendum centres throughout Catalonia along with hundreds of Catalan firefighters during the height of violence directed at civilians taking part in the October 2017 referendum by the Spanish police.
Niall McCarroll, Chairman of Derry Trades Union Council said: ”The Derry leg of his nationwide tour across Ireland comes as tensions mount following the sentencing of a number of Catalan politicians for their roles in the 2017 referendum.

“Disturbing scenes that flashed across the world’s media during the October 2017 referendum of the Spanish paramilitary police force (Guardia Civil) attacking the young and elderly alike as Catalan firefighters attempted to form a protective 'human shield' around those trying to vote in the region's independence referendum.
“Footage released on social media showed many Guardia Civil brutally kicking and using batons to beat firefighters' in uniform, a scene that provoked a surge of anger within the Catalan trade union movement not witnessed since the transition period of the mid-seventies.
“The aggressive tactics of Spanish State have prompted widespread and growing international condemnation as well as unprecedented unified strike action by the Catalan labour movement of which the Firefighters have played a prominent key role.
“On Tuesday, 12 November (7.30pm), at Sandinos Bar, Water Street, Oriol will give an informative eyewitness account of developments within Catalonia in the run up to the controversial referendum and the role the Catalan Labour movement continues to play.