The Foyle Film Festival returns for its 32nd year with another highly anticipated programme of cinematic treats, industry talks and previews of many major awards contenders. 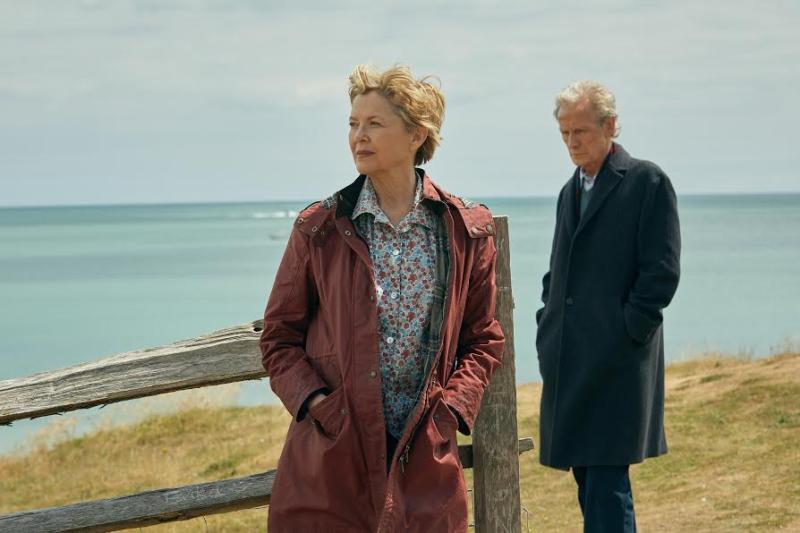 Annette Being and Bill Nigby in “Hope Gap.”

The Foyle Film Festival returns for its 32nd year with another highly anticipated programme of cinematic treats, industry talks and previews of many major awards contenders.
The festival’s Oscar and BAFTA affiliated Light In Motion Short Film Competition features the best short films and animations from around the world.
This year’s festival launches with the Northern Ireland premiere of  “Hope Gap,” which brings together Academy Award nominee Annette Bening and BAFTA winner Bill Nighy in Academy Award nominated writer/director William Nicholson’s second feature. The film follows the disintegration of a marriage and the impact it has on the couple and their grown up son. Jamie.
While the closing night gala is Irish film “The Last Right,” - comedy-drama road movie telling the story of a man bringing the body of a stranger home for burial. We are also pleased to announce that William Nicholson will be our guest for the opening night and will introduce the movie.
William is the award winning writer of such major critical and commercial films as Shadowlands, Gladiator, Les Miserables and much more.
As always, FFF showcases the best in Irish cinema and some of the programme’s highlights include  “Land Without God,”  - an intimate portrait of a family coming to terms with decades of institutional abuse.  “Lost Lives” is a major cinematic film inspired by the book of the same name, and marks the 50th anniversary of the start of the conflict in Northern Ireland.
Also included in this year’s programme is the acclaimed documentary “Gaza,” which brings the audience into the lives of the people trying to lead meaningful lives against the rubble of perennial conflict. “Gaza” has just been selected as Ireland’s entry for the Oscars’ Best International Feature Film category in 2020.
This year also features a strong music strand with screenings including  “Mystify: Michael Hutchence”  - a documentary that explores the troubled life of the INXS lead singer.
“Hitsville: The Making Of Motown”  celebrates the 60th anniversary of the legendary Motown Records with rare performances and behind the scenes footage.
Music icons Elvis Presley and Judy Garland also feature in this year’s festival with  “Elvis: That’s The Way It Is”  and a special 80th anniversary screening of the classic children's and adults' favourite film, “Wizard Of Oz”
The festival also provides fun for all the family with special festive movie screenings and Santa Claus himself in attendance to read seasonal stories, dispense presents and collect Christmas letters to take back to the North Pole.
We look forward to welcoming you at this year’s bumper festival which has something for everyone.
Full details on events and tickets can be found at  www.foylefilmfestival.org  as well as additional screenings available at  www.brunswickmoviebowl.org