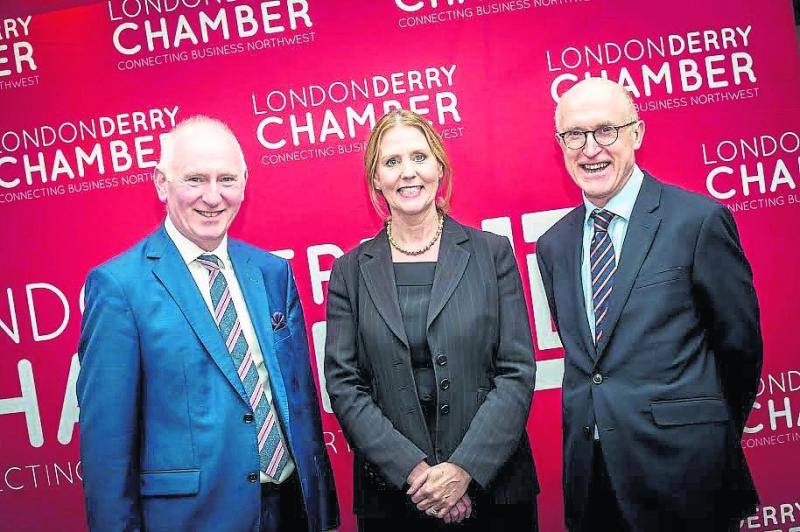 SONI, the company responsible for operating the Northern Ireland Electricity grid, outlined its ambitious new plan to transition the North's power system to green energy sources at an event held this week in Derry in partnership with the local Chamber of Commerce.
SONI recently published its new “Strategy 2020-2025” corporate plan, which is a direct response to the climate crisis.
The strategy will ensure that Northern Ireland’s grid can handle 95% renewable energy at any one time.
This pioneering ambition will see a significant increase from the current figure of 65%.
Key to the new strategy is upgrading the power system so that it can handle these world-leading levels of renewable energy, supplied through a combination of wind and solar energy.
SONI managing director, Jo Aston, launched the organisation’s new corporate plan at an energy event in partnership with the city's Chamber of Commerce.
Sponsored by SONI and RiverRidge, the event was attended by over 70 members of Derry’s business community.
Attendees heard from Ms Aston, Chamber president, Brian McGrath, Cecil McBurney, from RiverRidge and Richard Rodgers, head of energy at the Department for the Economy. The event was hosted by broadcaster Jamie Delargy.
Attendees heard how efficient and affordable energy can help drive the North West regional economy and the role businesses can play in transitioning to more climate-friendly energy sources and energy efficiency measures.
Speaking after the event, Mr McGrath described it as a “very useful engagement .”
He added: “Our members were eager to hear about how energy can drive the local economy and how SONI plans to reach world-leading levels of renewable energy use over the next five years without passing on the costs to businesses and consumers alike.”
Concluding, Mr McGrath said:  “The Chamber recognises that effective collaboration between SONI and business is crucial to help reach its target of making Northern Ireland a world-leader in green energy use but also to help businesses here become more cost-competitive as a way of attracting further inward investment.”