Guardians of the Flame film and panel event set for Bellaghy

Special screening of the Guardians of the Flame documentary and a panel discussion will take place in Bellaghy this week. 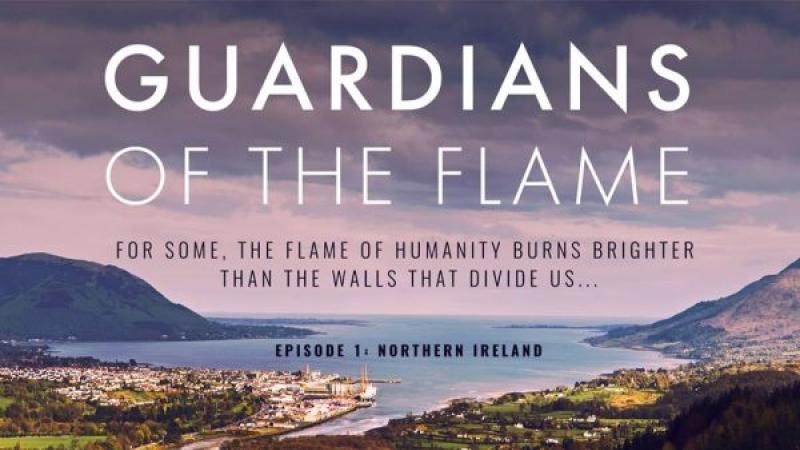 Guardians of the Flame film and panel event set for Bellaghy

A SPECIAL screening of the Guardians of the Flame documentary and a panel discussion will take place in Bellaghy this week.
The event will be held in the Parochial Hall this Friday, November 8 at 7:30pm.
The film explores the role that tribal religion has played in fueling the tragedy of sectarian violence in Northern Ireland.
It sets out the redemptive stories of three individuals who have suffered and lost greatly during he Troubles, yet despite this they refuse to succumb to bitterness and revenge and instead show us how forgiveness can conquer hate, how true religion welcomes marginalised, builds bridges and breaks down walls of isolation.
A question and answer session will follow.
Lined up for the event, organised by local woman Denise Johnston, is Jarrod McKenna, an Australian activist who has been involved in advocating for refugees around the world.
He set up the #lovemakesaway movement and the First Home Project.
Cathleen Falsani is a writer who has just released an acclaimed new book 'End Of Hunger'. In the past she has interviewed the likes of Barack Obama and Bono.
Jonny Clark is the producer of Guardians Of The Flame and is the leader of Youth With A Mission in Ireland and runs a Reconciliation centre in Rostrevor, County Down called An Cuan.
Jonny, Jarrod and Cathleen have been walking the Border since the supposed 'Brexit Day' of 31st October to be a presence of peace and reconciliation in the communities along the route.
Also speaking at the Bellaghy event will be Eugene Reavey.
Two of Eugene’s brothers, John Martin (24), Brian (22) were shot dead by UVF gunmen who burst into their Co Armagh home on 4 January 1976.
His brother Anthony (17) was also shot and died later in hospital. The UVF also shot 3 members of another Catholic family on the same night. Elements in the security forces claimed the Reaveys were an IRA family – the Historical Enquiries Team later apologised to Mrs Reavey for this false allegation.