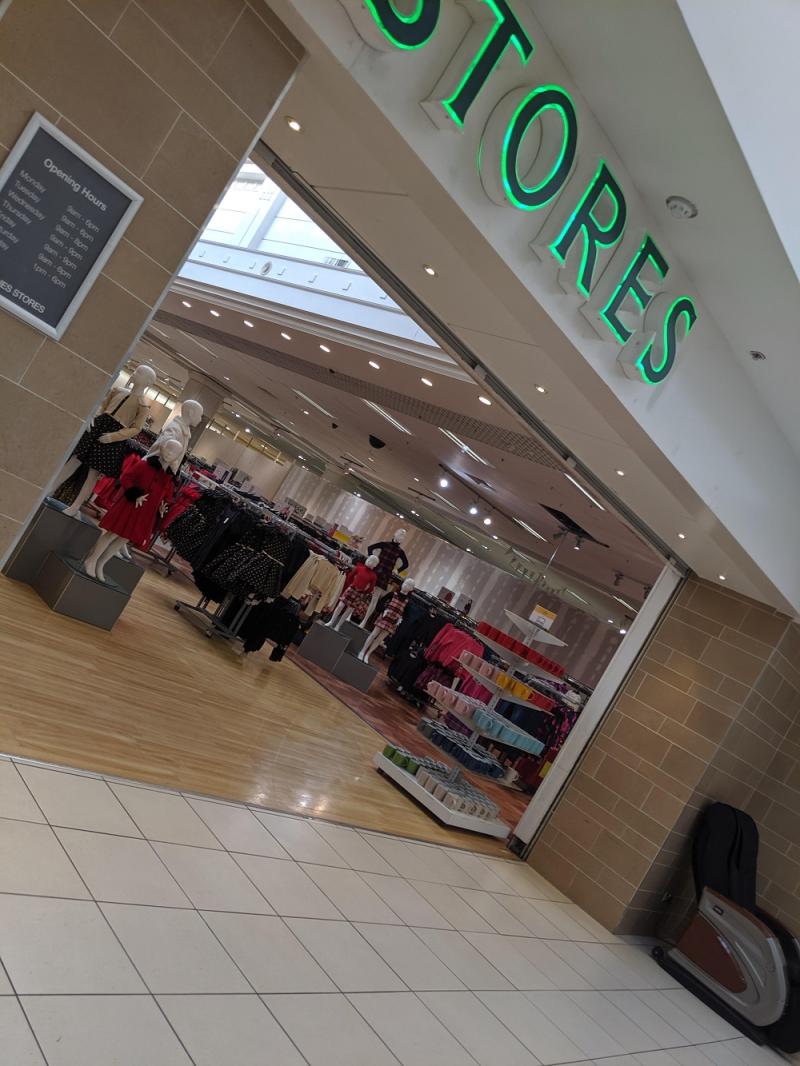 DUNNES Stores officially closed off its grocery section in Magherafelt after almost 30 years in operation.
Customers walking into the store were met with newly erected plaster boards sectioning off an extended textile area from what was the former food supermarket.
Workmen were busy painting and fixing up the area when the County Derry Post visited yesterday.
There is still no explanation from the Irish chain as to why it took the decision to close the Magherafelt grocery end.
It was revealed last month how staff were called to a meeting and told a decision had been taken to close the supermarket.
Meadowlane Shopping Centre, where Dunnes Stores has been based since it opened Mid Ulster's first ever store in 1991, has also declined to comment on the major change.
It is not clear if the change has resulted in any job losses.