Derry's Halloween celebrations the biggest ever in their 33 year history as in excess of 120,000 people attended over 125 events over seven days. 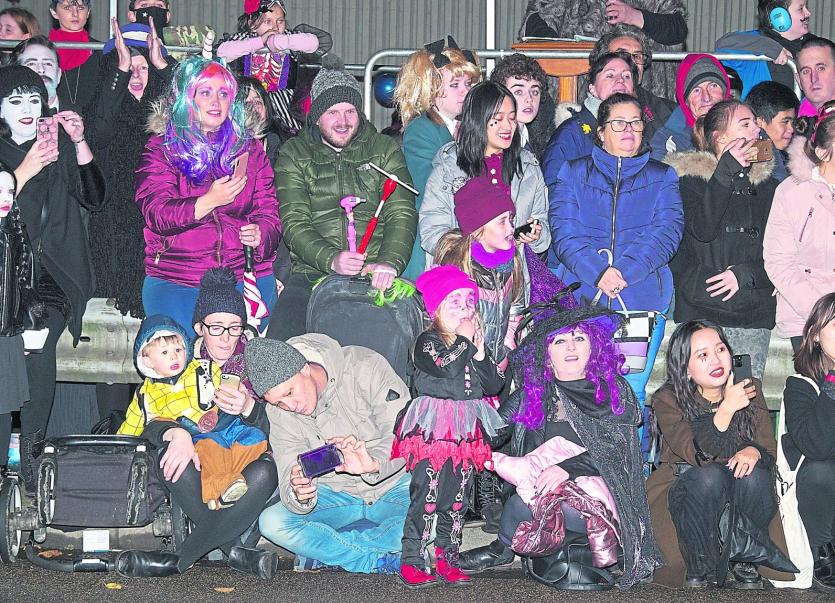 A section of the 40,000 crowd that turned out for the Halloween Carnival on Thursday night. Photo: Tom Heaney (nwpresspics)

Derry's Halloween celebrations the biggest ever in their 33 year history as in excess of 120,000 people attended over 125 events over seven days.
The “Other World Awakens” themed celebrations broke new ground on Thursday night as up to 40,000 people attended the climactic parade and fireworks along the River Foyle. The carnival parade saw arts, circus and street performers from all over the world join hundreds of local school children in a multi-coloured trail along the banks of the Foyle before Eglinton based Pain Fireworks lit up the night sky.
Mayor of Derry City and Strabane District Council, organisers of the festivities, Councillor Michaela Boyle, said: “Yet again Derry and Strabane has justified its reputation as the best place in the world to celebrate Halloween and I’m thrilled that the public turned out in record breaking numbers to support it,” she said.