Derry gets ready to party!

Derry is bracing itself for tonight's Halloween parade - the biggest and brighest spectacle in the city's annual calendar of events. 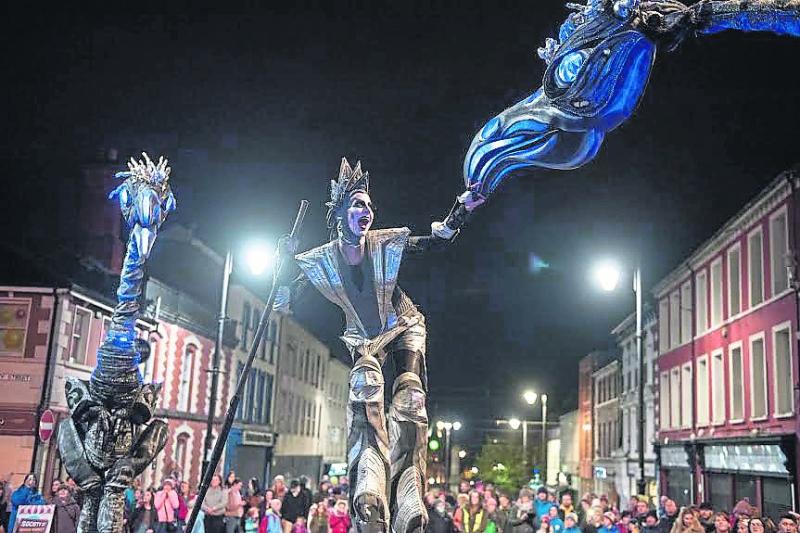 One of the many spooktacular characters that have been thrilling thousands who have taken to the streets for Derry's annual Halloween festivities.

Derry is bracing itself for tonight’s Halloween parade – the biggest and brightest spectacle in the city’s annual calendar of events.
Thousands of people have already attended the dozens of “spooktacularly” colourful build-up events in the city centre and that will undoubtedly be no different tonight as the week-long celebration culminates in the parade and firework display.
Despite the fact that rain is forecast the city centre is still expected to be thronged and the Council has therefore reminded people of traffic and parking restrictions.
There will be single lane closures in place from approximately 6.00pm - 8.45pm for the parade along the Strand Road, from Baronet Street to Queen’s Quay Roundabout, and on Foyle Embankment.
The road will also be closed from 6.00pm – 8.45pm on Queen’s Quay Roundabout to Harbour Square Roundabout, along with a section of the Strand Road from Lawrence Hill to Water Street. Diversion routes will be available during this time.
The Peace Bridge will be closed between 7.15pm - 8.45pm.
The carnival parade will depart from Queen’s Quay at 7.15pm ahead of a spectacular fireworks display at 8.15pm.