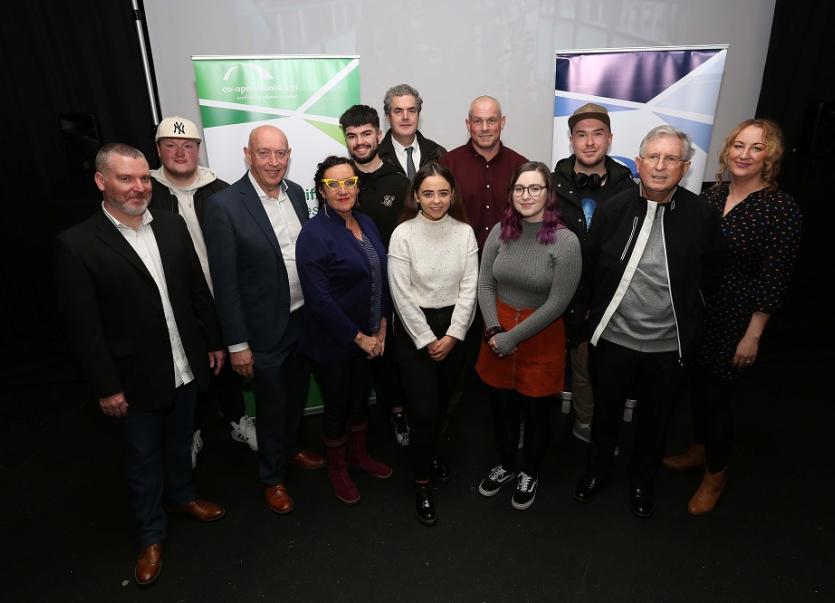 Young people from both sides of the border pictured with representatives from the Nerve Centre and Co-operation Ireland at the recent Youth Voices of Brexit event.

Around 100 people from Derry recently attended a multi-media showcase at the city's Nerve Centre which reflected young people’s hopes and fears on Brexit.
Funded by the Irish Government, Youth Voices of Brexit came about as the result of a partnership between Co-operation Ireland, the Nerve Centre and regional colleges from across Northern Ireland that began in early 2019.
Participants from both sides of the border examined topics such as freedom of movement, employability, education, health and friendships and expressed their opinions in a series of productions which included animation, film and music.
John Peto, from the Nerve Centre said: “The Brexit debate has been dominated by an older demographic, but young adults are the people who will likely be most affected by the changes that are coming.
Concluding, Mr Peto stated: “There was a sense that their views were being drowned out so this project allowed them to say what they thought, and learn multi-media skills at the same time.”