AN “emotional” documentary that sees TV stars Ant and Dec pay a visit to Co Derry will be screened next month, ITV has said. 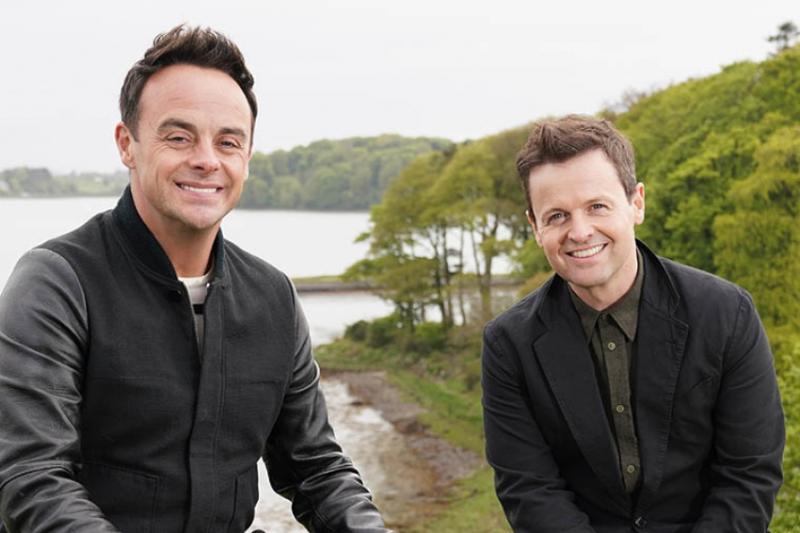 The TV duo will visit Slieve Gallion as part of their DNA journey, set to be televised next month.

AN “emotional” documentary that sees TV stars Ant and Dec pay a visit to Co Derry will be screened next month, ITV has said.

The County Derry Post reported in May 2017 that Britain's Got Talent hosts Ant McPartlin and Declan Donnelly had been spotted filming the documentary across Ireland, with fans reporting that they saw the pair in Co Leitrim, Maynooth and Cookstown.

'Ant and Dec's DNA Journey' will follow the duo as they trace their ancestry.
ITV shelved the programme following McPartlin's arrest for drink-driving and recovery, but have now revealed it will hit screens in November.

The two-part documentary will follow Ant and Dec as they travel to the US, including the headquarters of The United Nations, and will also see them meet relatives that they did not know they had.

An ITV spokesperson confirmed to the Co Derry Post that “the pair visit Slieve Gallion” during the show, but would not provide any more details.
However, comments from Declan Donnelly suggest the documentary will focus on his Co Derry ancestry.

“A huge part of this was to find out my heritage, especially on my dad’s side,” Dec said.

“I always thought I knew a fair bit about where I came from but it turns out I was wrong! Whilst it was incredible to find out about the past, what was hugely overwhelming was to meet relatives neither of us knew we had. It was a truly amazing experience.”
Declan's father Alphonsus ‘Phonsie’ Donnelly and mother Anne Donnelly are originally from Desertmartin. Records show that the family's history in the county dates back at least 180 years to Dec's great-great-grandfather James Donnelly.
Census records for Derry in 1831 identified James Donnelly as the head of household in the townland of Stramore in the parish of Ballinascreen, where he lived with three women. The records state that he married one of his neighbours, Ellen Hagan, in 1839.
During the show the duo will discover that one of their great-grandfather's is a celebrated war hero and that one of the pair are descended from royalty. Ant will also explore his Irish ancestry in Drumkeeran in Co. Leitrim.

“I’m a bit of a geek when it comes to historical events, so to get the chance to research our family history using our DNA was too good an opportunity to pass up,” he said.

“What we find out is mind-blowing and nothing either of us could ever have imagined. It’s something that will stay with us both forever.”