Members have called for joined up thinking to tackle the growing problem. 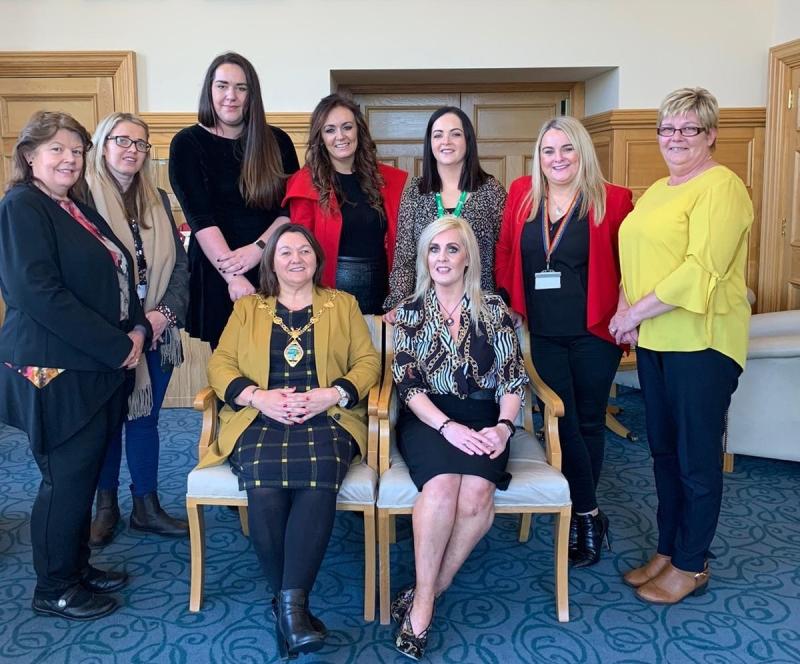 Members of Derry City and Strabane District Council have taken a stance in support of victims of domestic violence, coercive control and parental alienation – calling for a more joined up approach to tackling these growing problems across the City and District.

A notice of motion brought by the Mayor, Councillor Michaela Boyle, and Alliance Party Councillor Rachel Ferguson, calling on Council to acknowledge and respond to the level of domestic violence, sexual crime and coercive control crimes, was unanimously supported at a Full Council meeting in the Guildhall.

A second motion highlighting the issue of domestic abuse, particularly in the form of parental alienation and its effects on children, brought by Sinn Fein Councillor Sandra Duffy, was also widely welcomed by members.

Councillors pledged to work with statutory partners in the areas of Health and Criminal Justice to ensure that the issues are dealt with effectively, and acknowledged the work of local charities, including Foyle Women’s Aid and La Dolce Vita in highlighting and addressing the problem. La Dolce Vita is now spearheading a pilot project that aims to unify organisations across the country to protect children from the damaging effects of parental alienation, and will host the first international conference on the issue in Derry in April 2020.

The motions were brought before Council to highlight Domestic Abuse Awareness Month, and members took the opportunity to show their solidarity with victims, and pay tribute to the organisations who currently provide support.

The Mayor of Derry City and Strabane District, Councillor Michaela Boyle, herself a strong advocate for victims of domestic abuse, said she was pleased to see Council placing the issue firmly on the agenda.

“It’s timely that we highlight these very serious problems during Domestic Abuse Awareness Month,” she stressed. “And I’m delighted to see the level of support expressed today across all the parties. I want to offer my own thanks to the organisations working on the ground to help victims and following today’s show of support, would like to explore further how Council can be more proactive in raising awareness and combatting the problem.

“There are many forms of domestic abuse, and we are becoming more aware of behaviours such as coercive control and parental alienation that can be just as damaging in terms of psychological impact on victims. There needs to be more done in terms of establishing consistent approaches to providing support across all organisations tasked with dealing with the problem, from when it is first identified through to finding the best channels of support for victims and families. We need cohesion across both jurisdictions and support services and I am delighted to see La Dolce Vita taking the lead on the issue of parental alienation with the launch of the first project to address the problem on a national level here.”

At the meeting Members expressed widespread concern about the impact of domestic abuse across Derry and Strabane and also voiced their support for the 16 days of activism against gender based violence, commencing on November 25, the International Day for the Elimination of Violence against Women, running until 10 December, Human Rights Day.