Support and advice agency appeal to immigrants to contact them. 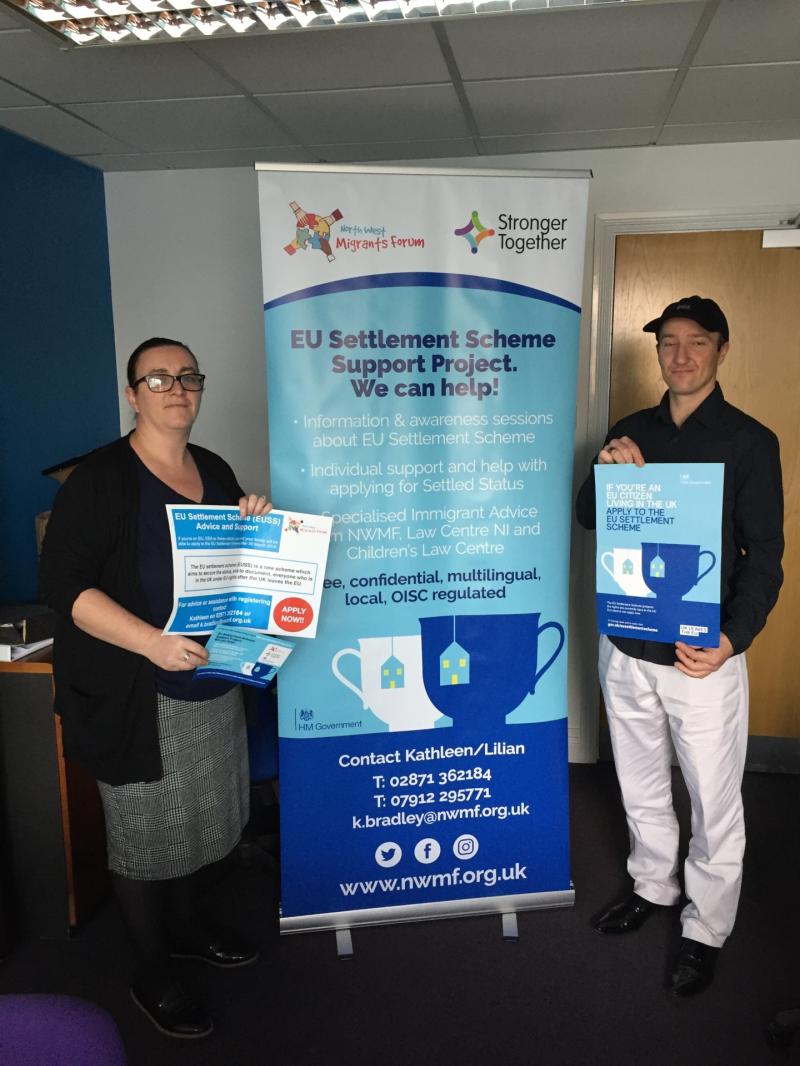 Kathleen Bradley of NWMF and Mikaly Bognar who is originally from Hungary.

Immigrants from EU nations are being urged to apply for permanent residency status here as soon as possible as the chaos surrounding Brexit continues to loom large.

Those without accredited British Government permission to remain within the UK after the withdrawal of freedom of movement in the wake of Britain’s eventual departure from the EU are at risk of being deemed as illegal citizens.

The situation has prompted a Derry based organisation providing support and advice for immigrants in this position to call for all those affected to apply to the European Union Settlement Scheme (EUSS) without further delay.

EUSS applies to all those citizens from European Union (EU) nations, the European Economic Area (EEA)  and Swiss nationals and their families wishing to remain here.

Kathleen Bradley, a support worker at the North West Migrants Forum told the Derry News: “This is the first time that the UK has ever created a massive database of EU, EEA and Swiss nationals that are here. I don’t think anything of this nature has ever existed before because people had the luxury of freedom of movement. This is the reality now. You have to be on a list.”