Projection to reflect this year's theme 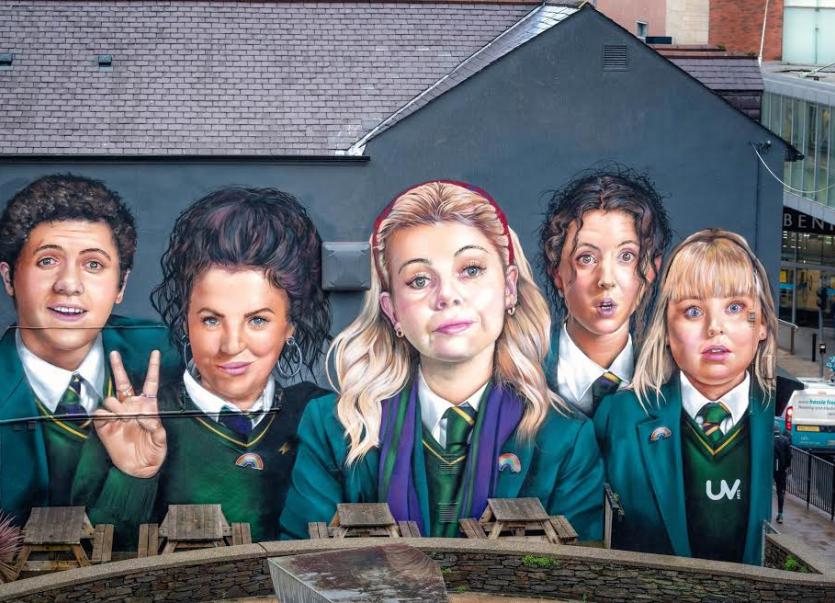 Derry girls as depicted on the gable wall of Badgers.

The much-loved Derry Girls are set to become jaw-droppingly Scary Girls as a mural of the cast comes to life for the city’s Halloween celebrations.

Street art organisation UV Arts, who created the tribute to the Channel 4 show on the wall of a local pub, are teaming up with Edinburgh-based arts collective Projector Club to devise an exciting projection mapped installation – where pieces of video and animated content are overlaid onto the wall – for three nights during Derry Halloween.

The installation outside Badgers Bar on Orchard Street will be in place from Monday 28th October to Wednesday 30th October as part of Awakening the Walls, a spectacular free trail of illuminated animations, performances and more along the 400-year-old Derry Walls.

The projection art will reflect this year’s Derry Halloween theme, The Other World Awakens, and is expected to draw on an eclectic range of influences, from the Irish legend of the Morrigan to the Mexican Day of the Dead.

Further details are a closely guarded secret, but the tens of thousands of local and international revellers who descend on the city for the weeklong Halloween festival can expect to see Erin, Michelle, Clare, Orla and ‘the wee English fella’ as never before.