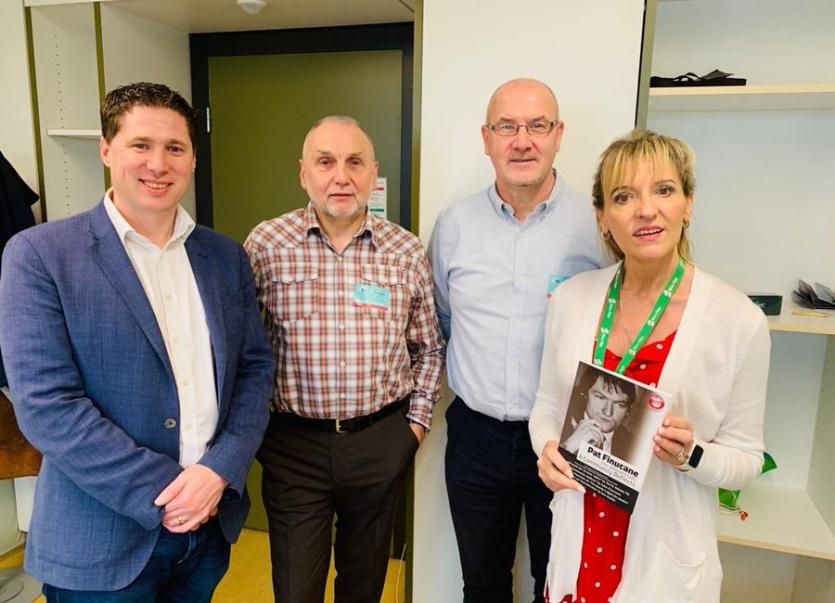 Sinn Féin MEP Martina Anderson has called for the full implementation of the legacy mechanisms agreed at Stormont House in 2014.
Martina Anderson was speaking after hosting Seamus Finucane, brother of murdered Belfast solicitor Pat Finucane, in Strasbourg.
“I hosted this delegation to the Council of Europe in Strasbourg this week to raise the Finucane family’s continued campaign for truth and justice.
“In February this year, the British Supreme Court ruled unanimously that the British government did not fulfil its Article 2 obligations to human life in the case of Pat Finucane.
“We used the meeting with the Human Rights Commission to press the EU on the need for independent and international scrutiny.
“For almost five years, the British Government has dragged its heels and failed to implement legacy mechanisms agreed at Stormont House. It’s unacceptable. Families have been waiting too long.
“Sinn Féin will continue to support the Finucane family and relatives of victims of state violence in their campaign for truth and justice.”