'The justice we deserve is in the hands of the state' 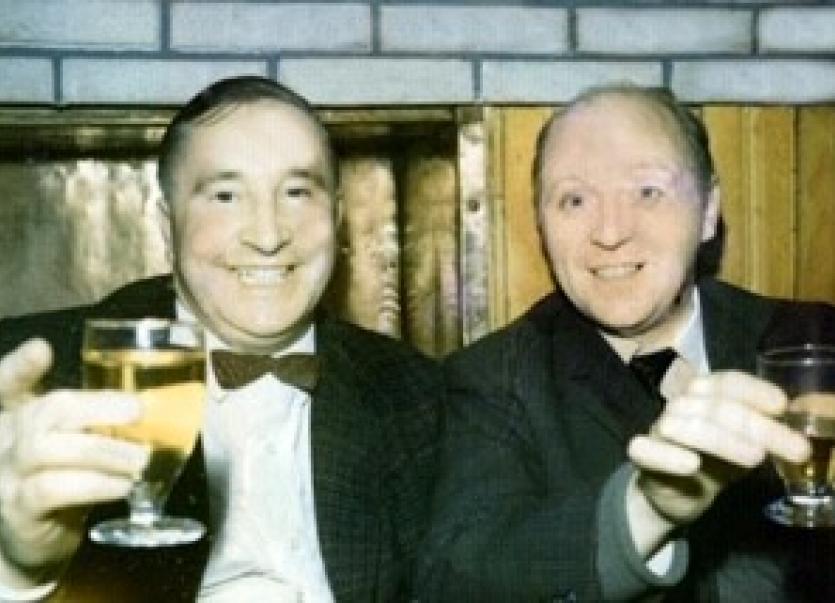 Billy McGreanery, on the right, pictured enjoying a drink in happier times. He was shot dead by a British Soldier in September 1971.

Relatives of a man shot dead by a British soldier in Derry almost 50 years ago have spoken of their determination to completely clear his name of any implication that he was a gunman.

Billy McGreanery was killed by a member of the Grenadier Guards in the early hours of September 15, 1971. Whilst, the ex-serviceman accepts that he killed the victim, the Open Verdict recorded at an Inquest in February 1972 has left a blemish on Mr McGreanery's character as far as his family are concerned.

A second report by the Historical Enquiries Team (HET) declared that Billy McGreanery was unarmed and posed no threat when the man known only as Soldier A, discharged a single round from an observation post between the edges of the Creggan estate and the Bogside.

The findings of the HET were followed in 2011 by an apology for the killing from British Army Chief of Staff, Sir Peter Wall.

But, in 1971, Derry's leading police officer Frank Lagan and another senior RUC man had determined that Soldier A should be prosecuted for the murder of Billy McGreanery. The recommendation was quickly quashed by then Attorney General Sir Basil Kelly.

However, documents uncovered by the Pat Finucane Centre and dated just weeks after Billy McGreanery's killing, show that successive Attorney-General's for Northern Ireland gave assurances to British Army chiefs that they were willing to liaise closely with the military before any decision on the prosecutions of soldiers were made.

The victim's nephew, also called Billy McGreanery, told the Derry News: “Whether they furnish us with the justice we deserve is entirely in the hands of the state.”