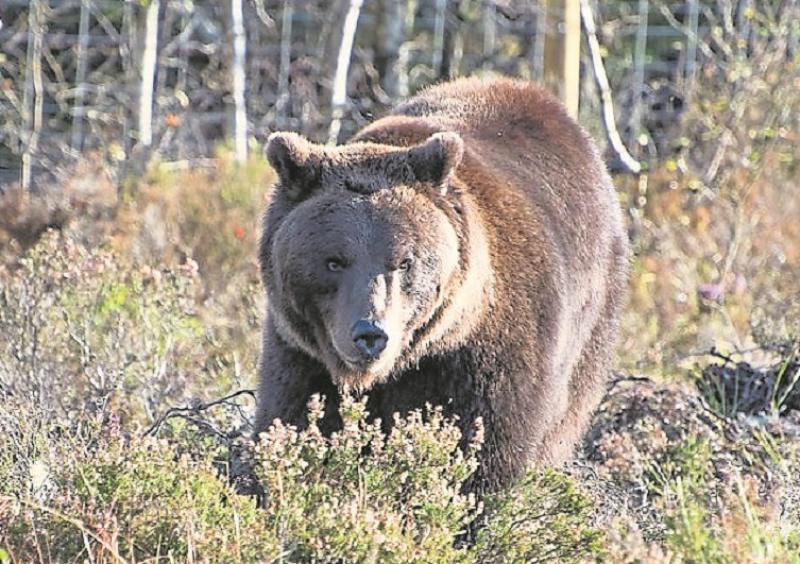 One of the brown bears that can be seen at the Wild Ireland animal santuary. PHOTO: Adam Porter

The last thing someone would expect to see in the north west would be brown bears – until now that is!

The brown bear can call Ireland home again after a 2,000 year wait thanks to an Inishowen man with a big dream.

This Friday, passionate wildlife lover Killian McLaughlin will see his lifelong dream of reintroducing some of Ireland's extinct animals to their former natural habitat become a reality when the gates to his new sanctuary opens to the public.

Built on a 23-acre site at Dundrain, Burnfoot, Wild Ireland has become home to three brown bears, three wolves, a lynx and other species of animals previously native to Ireland but now extinct here.

Among the 25 species of animals at the sanctuary includes a troop of Barbary Macaque monkeys. 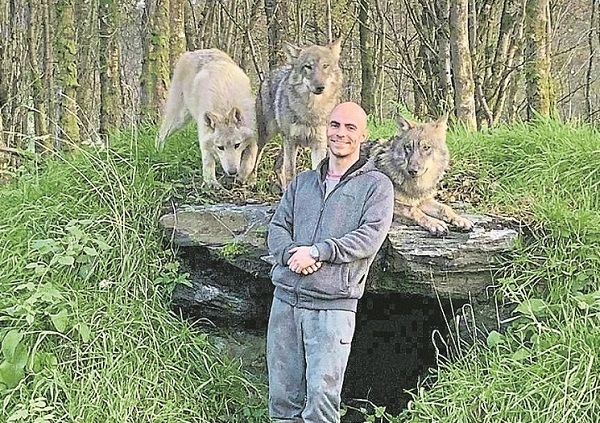 Killian McLaughlin pictured with his wolves at the soon to be opened Wild Ireland animal sanctuary this weekend.

Speaking to the Derry Now, Killian said the purpose of Wild Ireland was to educate people on Ireland's lost natural history, whilst giving a home to badly neglected animals.

“If you go back thousands of years to when Ireland was covered in forest you would have found these animals roaming about,” Killian explained.

“Due to humans, these creatures have been lost forever through hunting and deforestation.

“What we're trying to do here is to educate people that these animals belong here. We are quick to condemn other countries in Africa or Asia about the cruelty of hunting but we have already lost or native animals through hunting.

“There are fossils of brown bears found in caves that show how many bears we had in Ireland thousands of years ago, the same goes for the lynx.

“We have three wolves here and they only went extinct from Ireland in 1786.”

Working with several charities, Killian and his team rescued the animals from terrible conditions.

“Working with Bears in Mind, we managed to persuade the Lithuanian government to give us the bears for rehoming.

“They were kept in terrible conditions, they never even felt soil before, they were so used to concerte they were unsure of the ground but now they are beginning to be bears again.

“We built them a three-metre deep pool so they can submerge themselves, before that the deepest water they had known was in their water dish,” Killian said.

Despite being a full time job in itself, Killian has to juggle his work at the sanctuary with his day-job of being a solicitor.

“It's been full on,” Killian laughed. “But I love what we're doing here. It's so rewarding to see these animals have a chance of a new life.”

Wild Ireland opens this weekend, on Friday, October 25, and will be open daily from 10am to 4pm, with last admission every day at 3pm, costing only €10 per adult and €8 per child.