Assurances have been given that the future of indoor climbing walls in Derry is secure amid concerns the sporting activity will soon “cease to exist” in the south of Ireland. 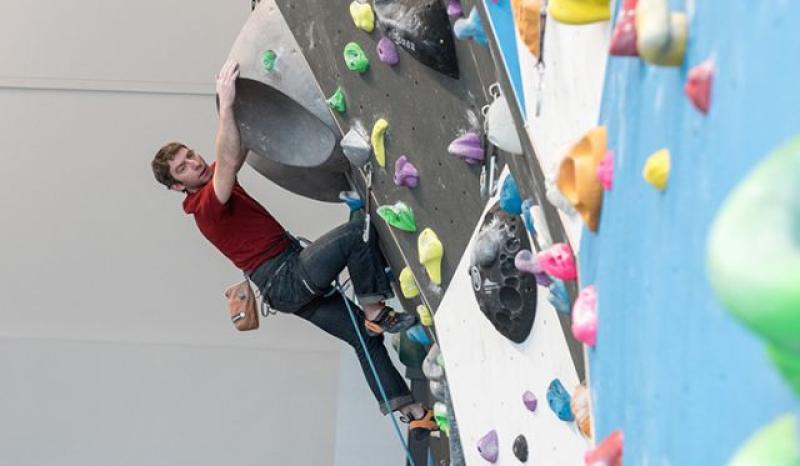 Assurances have been given that the future of indoor climbing walls in Derry is secure amid concerns the sporting activity will soon “cease to exist” in the south of Ireland.
It has been reported that insurance companies are refusing to cover the sport in the Republic of Ireland which raised the question of whether climbing walls in the North, such as the one at Foyle Arena, would be affected.
The climbing facilities at Foyle Arena are described as “fantastic” by Mountaineering Ireland and it has the “best” roped wall on the entire island, having played host to the National Championships in 2017.
The situation in the South has arisen after Axa XL, the principal insurer for the activity, decided to stop renewing its business with LeisureInsure in the Rep. of Ireland as of August 1 this year.
It’s understood that climbing centres have since struggled to find an alternative insurance provider.
However, in a statement to the Derry News, Axa XL, said it remains “committed to its other existing Sport & Leisure insurance partnerships in Ireland.”
And as far as Derry and the rest of the North, the insurance company will “continue to write Sport & Leisure business in Northern Ireland” and has “no plans to exit from this sector.”
Derry City & Strabane District Council backed those comments saying: “Council has no concerns about its public liability insurance being renewed.”
Over the past decade or so, the growth in the provision of indoor climbing walls in Ireland has allowed for a huge increase in the number of people participating in the sport.
Research carried out by Mountaineering Ireland in 2016 indicated approximately 193,315 user visits per year and 30,000 individuals using climbing walls on a regular basis.
Ten years ago there were no indoor climbing walls in Ireland but it has experienced a “huge explosion” in participation since then, and the fact it will be appearing in the Olympics for the first time next year has given it an extra boost.
The climbing wall industry has continued to grow over the past three years and as a result, it’s estimated to be in the region of a quarter of a million user visits per year.

Mountaineering Ireland is the representative body for hill walkers and climbers in Ireland. It is recognised as the National Governing Body for mountaineering by both Sport Ireland and Sport Northern Ireland.
It said the insurance issue is specific to the Republic because personal injury claims are assessed differently between the two jurisdictions.
“In Derry vs Donegal, if you break your ankle in Donegal you could be looking at a payout of 53,000 Euros whereas in Derry it would be three to five times less based on guidelines in the Book of Quantum,” Damien O’Sullivan from Mountaineering Ireland explained.
A lot of underwriters are London based, he said, and due to Brexit they are keen to move out of the Rep. of Ireland, and there are “a host of other issues”.
The challenges faced by climbing walls in the Republic of Ireland, due to escalating insurance costs pose a “huge threat” to the Irish climbing community in its entirety.
The Governing Body is working closely with the owners and managers of key climbing walls in the Republic of Ireland, representatives from the insurance industry, Sport Ireland and other interested parties to secure a viable and sustainable solution in order to maintain participation in indoor climbing.
Mr O’Sullivan added: “The difficulties posed due to the increasing costs of insurance is not isolated to just the climbing wall industry in Ireland. Similar challenges are being faced by many businesses across the leisure industry.
“It is the hope of Mountaineering Ireland that a sustainable solution to the current crisis will be found in the coming weeks and the climbing walls can continue to provide the Irish climbing community with the opportunity to engage in a sport that is enjoyed by such a large and diverse range of people.”