Shake off the Halloween cobwebs at Homegrown Live

The second Homegrown gig in just over two months is set to provide a brilliant musical backdrop to Derry's biggest annual festival. 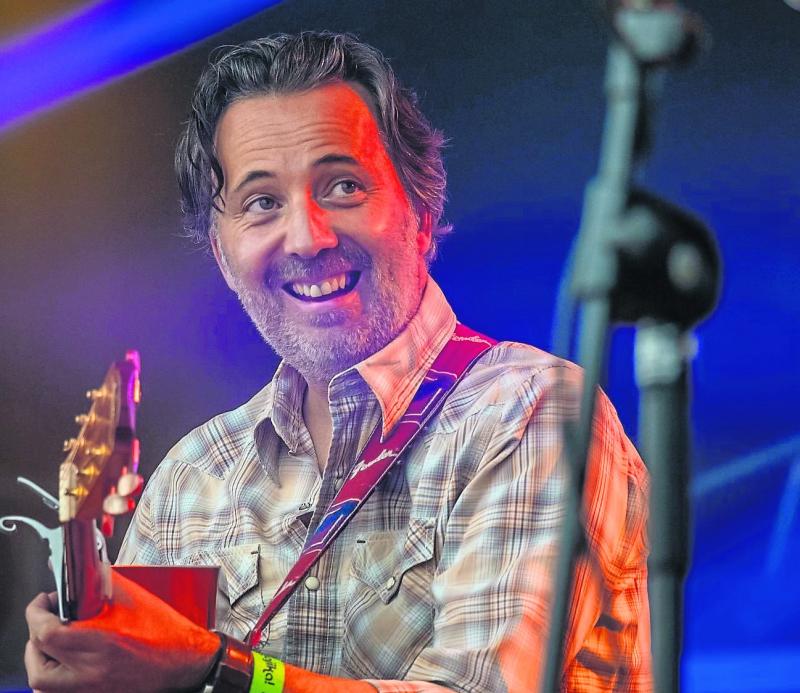 Tickets are already available for Homegrown Live at Ebrington Square on Saturday, 2 November, aimed at bringing the city's Halloween celebrations to a rousing conclusion.
The man behind the Homegrown brand, acclaimed Derry musician Paul Casey, has again enlisted a stellar line-up for this gig to follow on from the August live show that proved immensely successful.
As well as Casey himself, this show will feature Paddy Nash and he Happy Enchiladas, Ports and Roe. But, the undoubted highlight this time around will be the extremely popular Donegal band Goats Don't Shave.
Formed in 1990, the Irish folk/rock group say they came about their novel name after an incident in a pub when a man was told to “stop acting the goat, have a shave and clean himself u.” . The man was said to walk away muttering “goats don't shave.”
The Dungloe-based outfit have released three albums and have been regulars on the touring circuit now for well over two decades and are perhaps best known for the songs “Las Vegas (In the Hills of Donegal)” and “Let the World Keep on Turning.”
Paul Casey said: “Jika Jika are doing their usual two night show at Ebrington on the Thursday and Friday and as before all the equipment will be left set up for the following night, so they asked me to step in and organise another Homegrown show.
“Goats Don't Shave are that type of Saw Doctors party band that Derry loves and let's face it, Derry is basically Donegal, so they are perfect for this show.
“I understand that Homegrown and the upcoming Choral Festival are the two gigs that have survived since they first happened during the culture year in 2013. After Homegrown happened the first time around, I didn't think it would happen again, so to still have events like this still around is fantastic.
“This event on November 2, will be inside a huge tent so the weather can do what it likes, it doesn't matter.”
Paul Casey's Homegrown show normally takes place at the Millennium Forum each January and he revealed that negotiations for another performance in early 2020 were already well underway.
The first Homegrown outdoor event in August was headlined by the 4 of Us and Casey see's this a very strong indicator that platforms to showcase locally based talent is one which definitely strikes a chord with music lovers in this part of the world.
“I always had this idea of expanding the idea outside of Derry and making it Homegrown Newry or Belfast. It'll still be Homegrown and it'll still be Northern Ireland. We could take it anywhere in the North.
“ I've always had that in my head, and why not.”
As in August, tickets for the Homegrown Live at the Big Top are free apart from a very small administration fee of £2.50 or £3.50 if booked online. The tickets are now available at Cooldiscs at Foyle Street or online at Skiddle.com.
Doors will open at 6.00pm on the night and the gig is strictly for 18 years and over. And, for further information and details of ticket giveaways and other prizes go to www.facebook.com/home- grownderry.