The man responsible for lighting up the sky at Europe’s biggest Halloween party is putting the finishing touches to 25 separate fireworks displays across Northern Ireland at the end of this month. 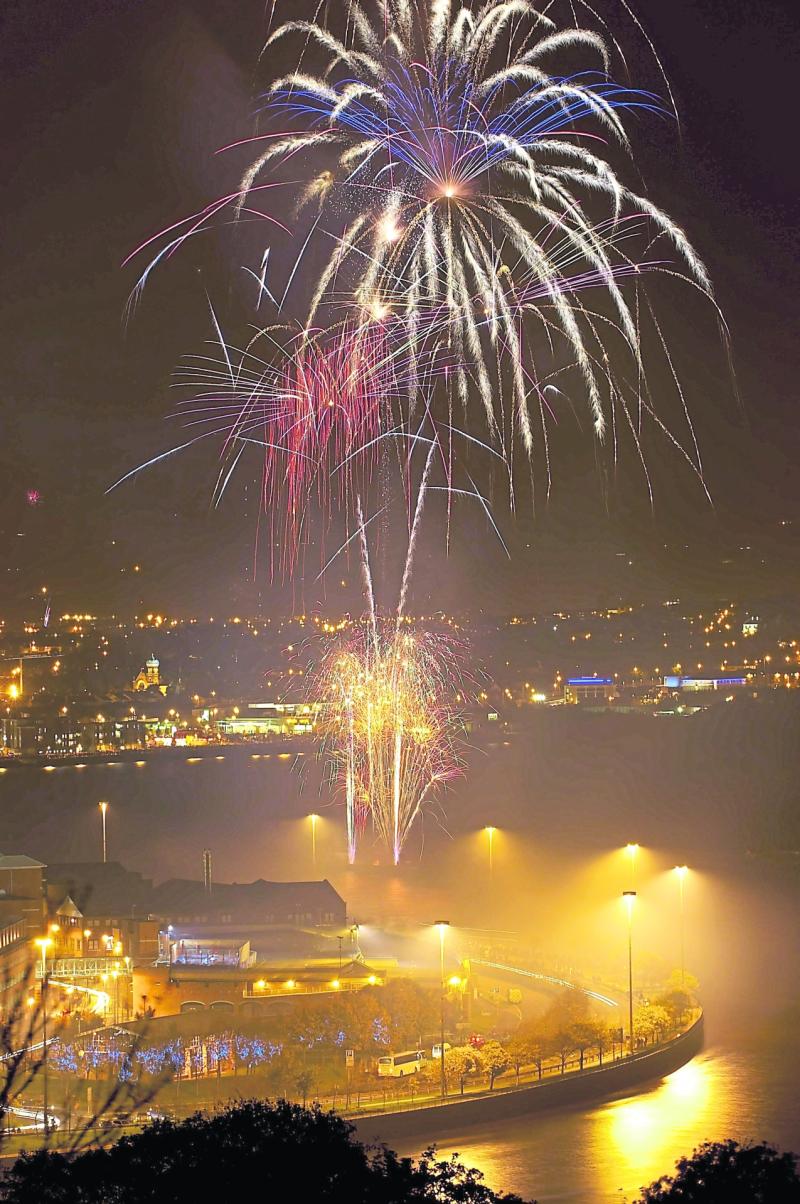 The man responsible for lighting up the sky at Europe’s biggest Halloween party is putting the finishing touches to 25 separate fireworks displays across Northern Ireland at the end of this month.
Donal Neill is the Irish franchisee of Pain Fireworks - the longest established and largest fireworks provider in the UK and has won the tender to provide the fireworks on the River Foyle for Derry City and Strabane District Council’s Halloween celebrations for the last four years.
Derry will play host to over 100,000 revellers during its week long Halloween celebrations that climax in a parade and fireworks display on the night of 31 October .
Donal operates out of Eglinton close to the city and his company is the fireworks service provider for eight of Northern Ireland’s 11 Councils’ Halloween celebrations this year.
“Logistically, it’s a major challenge,” he admitted. ”It’s useful to be part of a bigger company as operators can cross over during busy periods.
“At Halloween some of the English-based staff come over to us and some of the Irish operators will then go to England to cover Guy Fawkes night the week after.
“The UK operation is much larger, they are serving 60 million people while we are serving just six million but on Halloween night we will be performing nine other shows and we are involved with eight out of the 11 Councils in Northern Ireland on the night so we will need all the support we can get.”
Despite the magnitude of the event, the Derry display is logistically one of the less challenging as Foyle Port, the marine gateway to the North West of Ireland for both commerce and tourism, is next door to their Eglinton base.
“We have five or six operators on the night who load up the boat and bring it down to the city centre, the part the public see is easy where we push a button to start the display and let the programme run.
“Normally, there are no problems, it’s a bit like radio where you don’t want dead air so we have a back-up box to let off more fireworks if any of them fail.
“There is always an atmosphere of celebration on the quay for Halloween and the Foyle Maritime Festival in the summer and the fireworks reflect that well.
“We had two boats releasing fireworks simultaneously for the Voyages Showcase at the Maritime Festival which worked particularly well and was well received.”
The Derry Halloween festival was voted Best International Experience at the Northern Ireland Tourism Awards and will run from Saturday October 26th until Friday November 1st.
This year’s theme is The Other World Awakens.
Highlights include the Awakening the Walls trail around the city centre, a Carnival Parade, the Legenderry Halloween food event and, of course, Donal's spectacular fireworks finale on the River Foyle.