'Children of the Troubles' launched in the Guildhall, Derry 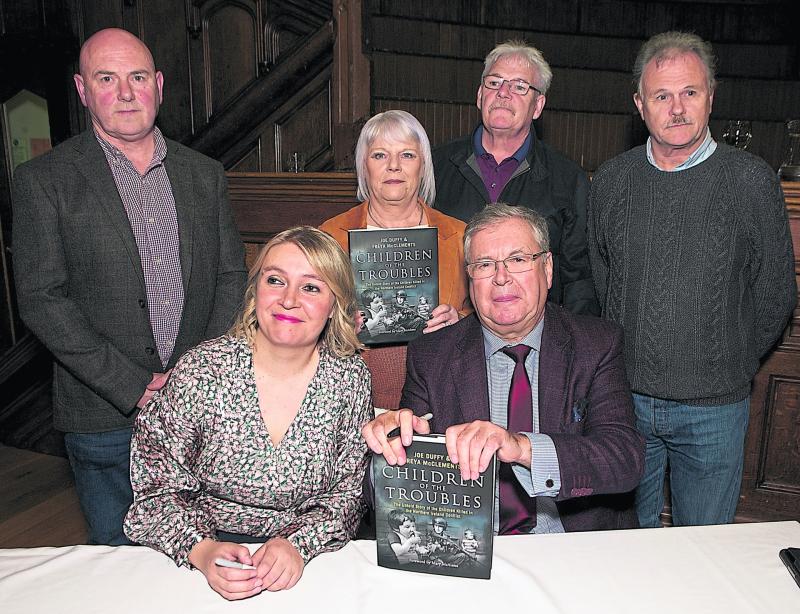 Family members of 14-years-old Annette McGavigan, who was shot dead on 6 September 1971, pictured with authors, Freya McClements and Joe Duffy. at the launch of their book "Children of the Troubles he

Families of Derry children killed during the “Troubles” are featured in a new book by high profile Derry journalist, Freya McClements.
Co-written with RTÉ broadcaster,  Joe Duffy, “Children  of the Troubles” tells the story of 186 children, aged 16 and under, who died between 1969 and 2006.Based on original interviews with almost 100 families, as well as extensive archival research it has an account about each victim and how they died. Mr Duffy had the idea for “Children of the Troubles” when he was working on his 2016 book “Children of the Rising” and on hearing about Freya, who is Northern corespondent for the Irish Times, asked her to get on board.
“It was a much bigger project than I think either of us realised," she admitted.
"There was so much research and so many interviews in the last year in particular."
The pair painstakingly scoured newspapers and contacted victim support groups to help compile the book.
“You do wonder if there are any children we haven't heard of," said Freya.
"There may well be others whose deaths weren not made public.
“That is why we did a lot of public appeals, too, through newspapers like the Derry News, asking families to come forward.
"Tragically, some of the children in the book have no surviving relatives. We have 186 children in the book and there are some families that we weren not able to get in contact with.
"Some didn't have any surviving family and it was really sad as no one was able to speak on their behalf.
"There were also some families who didn't wish to speak, but they all wished us well with the book. For some of the families it was the first time they had spoken publicly about their loved one.
"We were very mindful that we were asking people about probably the worst thing that could ever happen to someone," continued Freya. 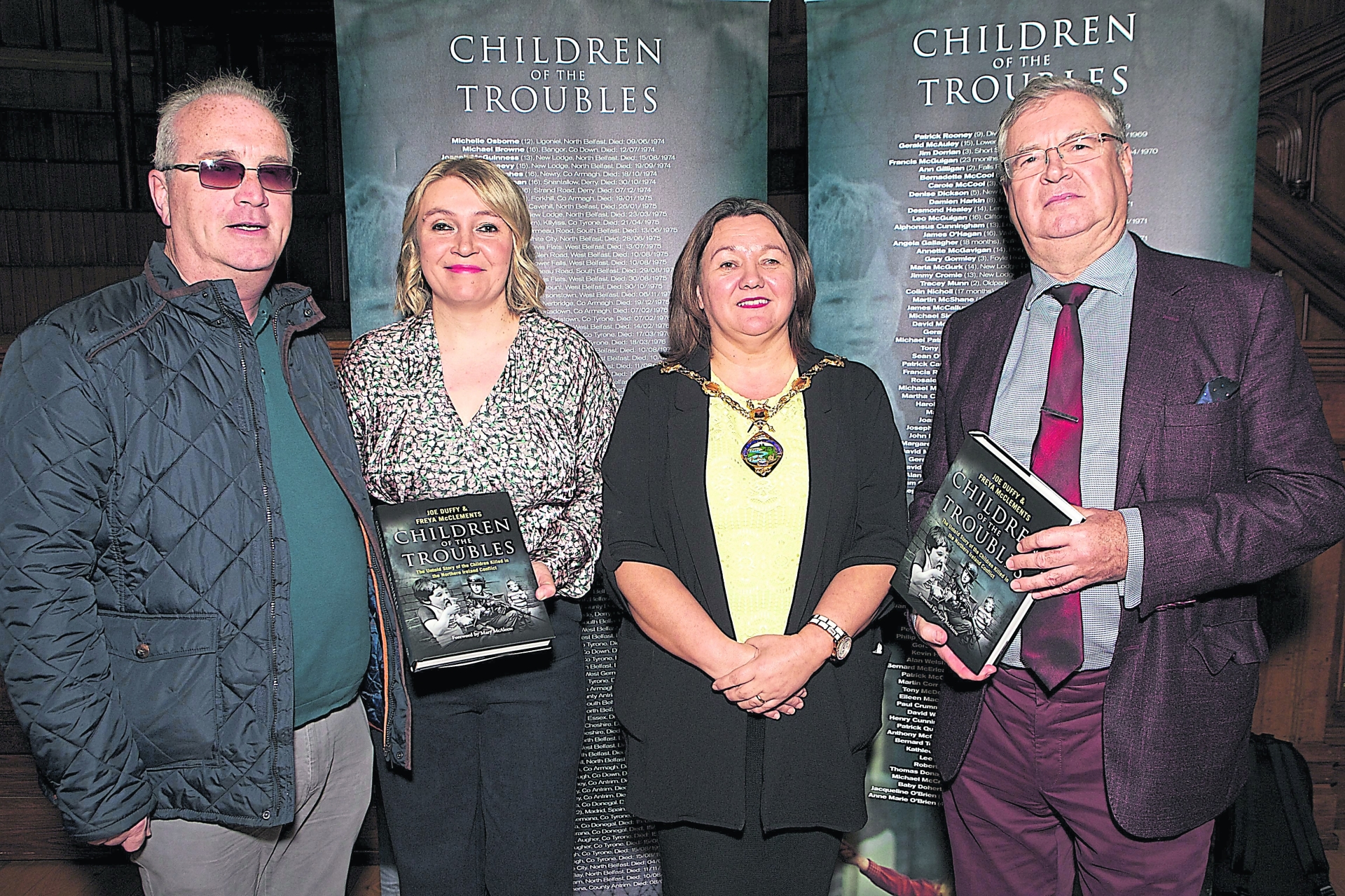 "It was still very painful for them to revisit it."People said that we would be bringing things up for the families, but they said that was completely untrue because this is something they think about every single day.
"As a journalist I would always say it's not about me, it's about the families but you wouldn't be human if you weren't affected.
"There was one mother, in particular, who I won't name, and we were just hugging each other.
"Joe and Freya set out to show people who these children were.
"We very deliberately always started with something about the child," she explained.
"Sometimes there is a tendency in journalism to talk about the incident rather than the individual.
"So we talked about the boy who wanted to be a priest or who loved playing outside. We made it something about them.
"You feel you get to know the children as people.
"What they liked to do, what they wanted to be when they grew up.
"The resulting book pays tribute to these young lives and Freya says she is proud of what they have achieved.
"As a journalist I write a lot of things and then they are in tomorrow's paper and then they are gone.
"But this feels a lot more permanent.
"All those children should still have been alive today and I would like to think people will come away with a sense of that.
"Even bringing the families together for the launch felt significant.
"The publication of the book has also led to talk of a permanent memorial for child victims of the Troubles.
"I would be led by the families in that," said Freya.
"If it was something they thought they would like to see then I would be delighted for them.
"One of the things that Joe and I felt was remarkable was that there wasn't even a complete list of all the children that had died, and now they are talking about remembering them and I think that is very significant.
"It's fantastic that conversation has got going."