Construction of Ebrington office blocks on track to commence next month 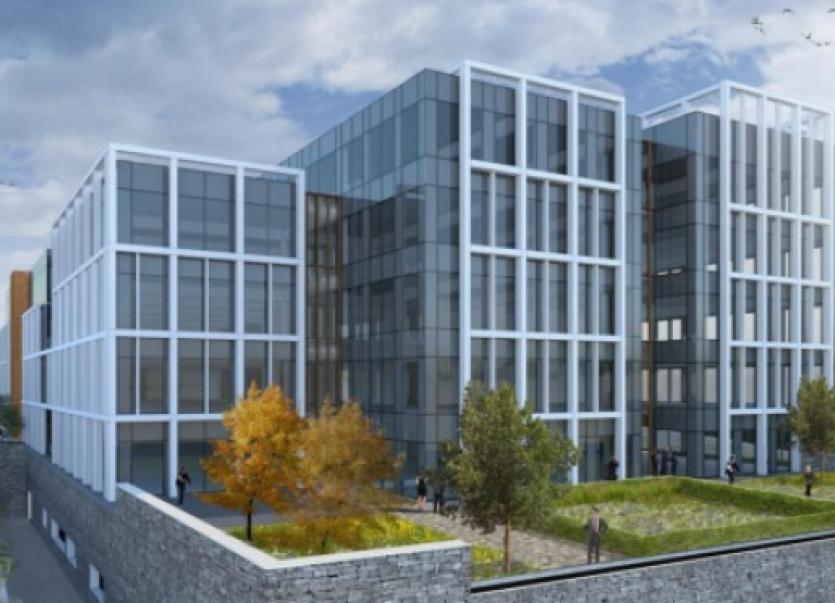 Construction of Grade A office space at Ebrington is set to commence next month, The Executive Office has confirmed.
The buildings will provide 62,500ft² of office space and are due to open in mid-2021. It has the potential to accommodate up to 400 staff.
Class A buildings are coveted, highly sought spaces of significant size, usually in a central location.
The developer Heron Property Limited received planning approval from DfI in September 2019 and the Executive Office said construction works are programmed to start in November.
A spokesperson for The Executive Office (TEO) said: “Formal planning approval for the Grade A office accommodation has been received and the contractor is scheduled to commence construction on site in November.”
At the end of August, members of Derry City and Strabane District Council’s Planning Committee held a special meeting to consider the development of the two Grade A office blocks at Ebrington.
Members heard an update by Council planning officials on the Notice of Opinion to approve the developments issued by the Department for Infrastructure’s Strategic Planning Team. The site involved is located at lands to the north of Waterside Roundabout, above the underground carpark.
During the meeting Planning Committee members expressed their view that in this case it was not necessary to seek a hearing in front of the Planning Appeals Commission as the proposal was broadly in line with what had been anticipated on this important regeneration site.
While a full quorum was not present to make an official decision on the notice, Council Chief Executive John Kelpie stepped in to officially progress the matter by delegated authority.
Planning Officers then wrote to the Department for Infrastructure to formally notify them of the decision to allow the application to move on to the next stage of development.

However, while there are plans in place for further development at the site, TEO has told the Derry News that no-one has been identified at present to occupy Buildings 80/81 which were recently vacated by Nerve Visual.
The Nerve Centre reopened the former Turner Prize gallery space as Nerve Visual in June 2016 when it was lauded as a “major new venue for visual arts in the Northern Ireland”. Due to funding issues it had to close its doors last month.
A TEO spokeswoman added that it is currently “considering options” for The Creative Industries Hub in building 80/81.