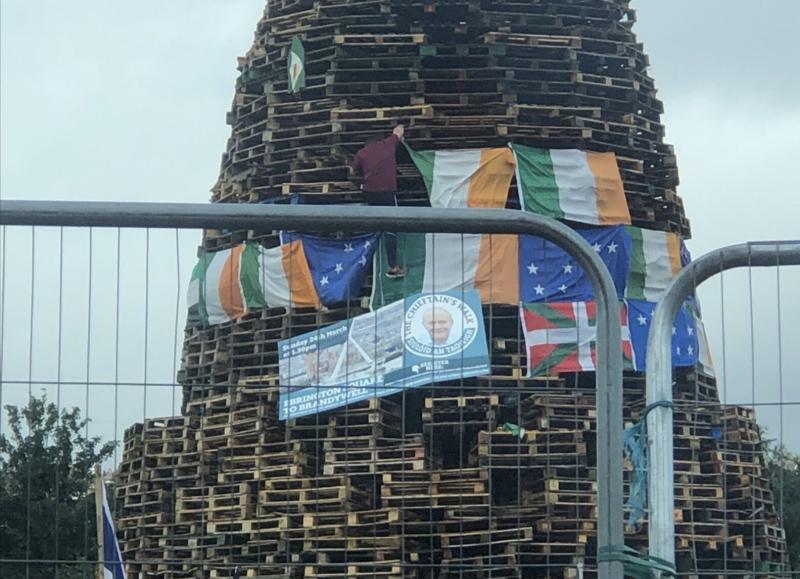 Sinn Féin MLA Karen Mullan has called on the leaders of political unionism to condemn the 'hatemongers' who placed an image of the late Martin McGuinness on a bonfire in Tullyally.
The board placed on the bonfire was used to promote the Chieftan's Walk which is done in memory of the former Deputy First Minister.
The Foyle MLA said: “I utterly condemn those who have erected an image of Martin McGuinness on a bonfire in the Tullyally area of Derry.
“This display is particularly sickening given that it’s a poster advertising a charity walk.
“This is the action of hatemongers intent on spreading bigotry and perpetuating sectarian divisions in our society.
“This behaviour stands in stark contrast to the work that Martin McGuinness did to build reconciliation and reach out the hand of friendship to all communities.
“It is also grossly insulting to the McGuinness family who still mourn the loss of their loved one.
“I am calling on political unionism to show leadership by condemning this display of hate and demanding an end to such sickening and sectarian hate crimes.”
ADVERTISEMENT
Advertise with Us
ADVERTISEMENT
Advertise with Us