Major setback for Chelsea as Kovacic tests positive for Covid-19 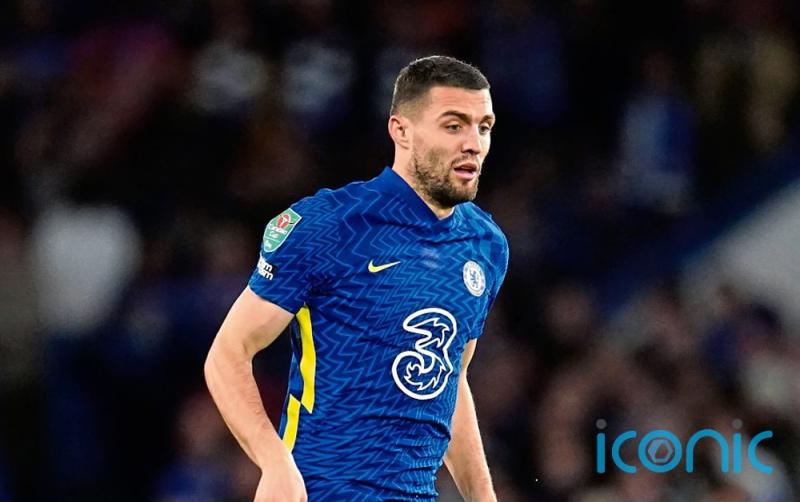 Thomas Tuchel has revealed Mateo Kovacic has tested positive for Covid-19 in a “huge setback” for Chelsea.

Croatia midfielder Kovacic had returned to Chelsea training on Monday after hamstring trouble, only to return a positive coronavirus test on Tuesday.

The 27-year-old had been out of action since late October and Blues boss Tuchel had hoped to ease him back in this week.

N’Golo Kante remains sidelined with a knee issue, while Jorginho has been forced to play through the pain of a back niggle and will now miss Wednesday’s Champions League trip to Zenit.

Kovacic, Kante and Jorginho are all vital to Tuchel’s 3-4-3 system as Chelsea’s stellar defensive midfielders, and the Blues have battled to offset their respective absences.

“We have bad news because Mateo was in training yesterday and with a big smile, and it was a pure pleasure to have him back,” said Tuchel.

“But he tested positive today, for coronavirus, so he’s quarantining for a few days.

“So it’s a huge setback for him personally and for all of us.”

Asked if the resurgence of coronavirus has caused extra concerns at Chelsea generally, Tuchel added: “Yes, I was aware that this can happen, me personally.

“I’m not happy, not only as a manger but also as a person.

“But this is the reality at the moment, we have to face it to be ready to adapt and to do the best thing possible to avoid transmission.”

Chelsea have already qualified for the Champions League’s last 16, ahead of Wednesday’s Group H closing match at Zenit.

Securing top spot in the group ahead of Juventus could offer an easier knockout draw, but Tuchel will balance those interests with the need to keep his players fresh for Saturday’s Premier League clash with Leeds at Stamford Bridge.

Kai Havertz is back in training, but Trevoh Chalobah and Ben Chilwell are still out, alongside the defensive midfield trio.

Tuchel admitted the midfield injuries have taken a hefty toll on his Blues’ squad.

“If you see the mistake at Watford, it’s a technical, decision-making problem and this also refers to mental and physical fatigue,” said Tuchel.

“Jorginho played with back pain at Watford – and at West Ham – and he played because we’d missed Kovacic and Kante for such a long time.

“We knew that in some weeks he will face maybe a dip of freshness and form.

“And exactly in this moment when it happened, which is absolutely natural, our two main other midfielders were also out with injury.

“The game tomorrow in isolation is not the problem in terms of being overloaded, it’s more the game that comes up on Saturday.

“Because we played the early match on Saturday (at West Ham), we have a late evening game in St Petersburg on Wednesday.

“The guys look fresh and are ready for tomorrow, so we can let any of the players and goalkeepers we have available play.

“But the problem is the next match on Saturday, we will lose time to sleep, we will arrive back in the very early morning of Thursday.

“And on Saturday we will face a very intense team of Leeds, who have prepared the whole week for this match.

“So long story, short message, there’s a huge chance that we rest some players and maybe more importantly we give some players the load who need the load, the minutes and rhythm, to put it another way.

“And yeah, the decisions will be made tomorrow, but there’s a huge chance of that.”