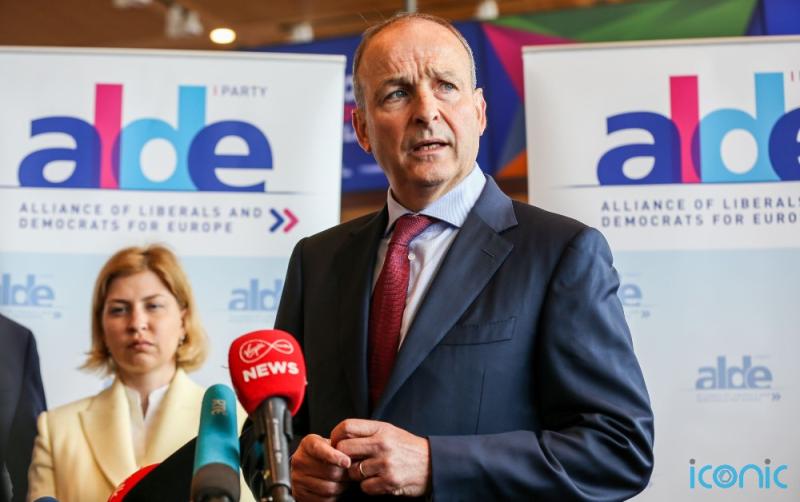 Ireland has advocated for Ukraine’s accession to the EU, and lobbied for a fast-tracked application process.

Micheal Martin has hailed as “historic” the recommendation from the European Commission that Ukraine be granted candidate status as part of its application to join the EU.

“Today’s recommendation from the European Commission that Ukraine be granted candidate status is historic,” the Taoiseach said in a statement.

“If endorsed by the European Council, as I expect that it will, it will place Ukraine on a firm path towards EU membership, where it belongs.

“Every sovereign country has a right to determine its own future, free from external pressure and duress.

“The people of Ukraine have chosen a future in the European Union and they deserve our full support.”

EU leaders, collectively known as the European Council, are scheduled to discuss the recommendation during a summit next week in Brussels.

“I have long advocated for this outcome and I will be arguing strongly that it be endorsed by the European Council when it meets next week,” Mr Martin said.

Ukraine is in the early stages of applying to join the EU, after requesting to apply for membership a week after Russia invaded the country.

The European Commission delivered its proposal to award Ukraine candidate status after a fast-tracked analysis of answers to a questionnaire.

Despite the European Commission’s endorsement, it’s likely to take years or even decades to lead to EU membership for Ukraine.

Earlier this month, while at the congress of the EU political group ALDE, the Taoiseach said that granting candidate status to Ukraine would be “a very significant decision in itself and a very significant message to the Ukrainian people: that you are part of the European family”.

Speaking on Friday, the Taoiseach echoed those comments: “It will provide a great boost to the people and Government of Ukraine who have stood firm in defence of our shared European values in the face of the most appalling Russian war.

“I hope that it will give them heart and courage in the weeks and months ahead.

“It is a message that Europe stands with them now, that we will continue to stand with them whatever lies ahead, and that we will be with them as they work to rebuild their country.”

Mr Martin said that the application to join the EU is “complex and challenging”.

“It requires considerable work on the part of the country looking to join.

“Ireland is ready to walk every step of that journey with Ukraine, providing whatever support and encouragement we can along the way.”