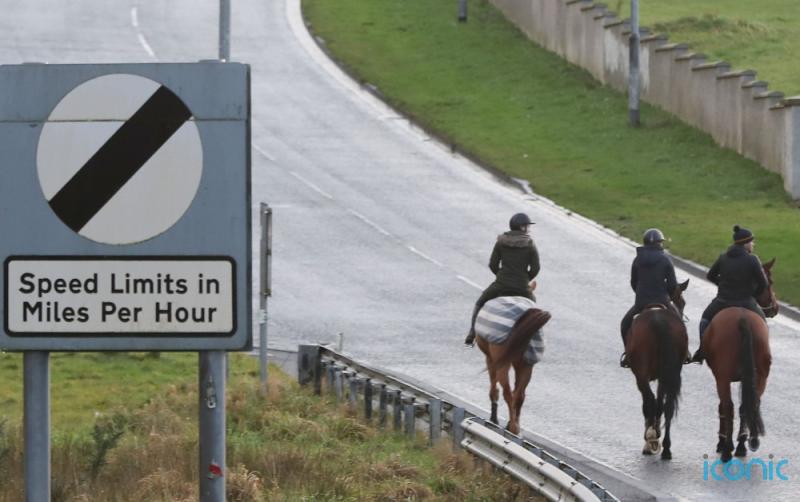 The Northern Ireland Secretary suggested the prospect of a Sinn Fein first minister was ‘significant’ but said the nationalist vote did not rise.

The Northern Ireland Secretary has appeared to rule out calling a border poll in the immediate aftermath of an historic Stormont election.

Sinn Féin became the first nationalist or republican party to become the largest in the Northern Ireland Assembly with 27 seats, ahead of the DUP on 25.

There was also a significant surge in support for Alliance who are now the third largest party at Stormont with 17 seats.

Sinn Féin can now nominate a first minister who will be the first from a nationalist or republican party.

However they cannot do so under the current rules unless the DUP nominate a deputy first minister to serve alongside in the joint top office.

The Secretary of State has the power to call a border poll.

Brandon Lewis was questioned on BBC Northern Ireland’s Sunday Politics programme on the criteria for him calling a border poll.

He responded by saying the nationalist vote has not gone up, and the unionist vote remains higher.

“Sinn Fein haven’t gained seats, we haven’t seen a growth in the nationalist vote and indeed the unionist vote is still larger and the number of seats held by unionist parties is still larger,” he said.

“I think the focus at the moment quite rightly is on getting Stormont back up and running, getting the money that is moving from the UK Government to Northern Ireland out to people in Northern Ireland so we can move forward on domestic issues, get the healthcare reform that people want to see and we want to get the protocol resolved for everyone in Northern Ireland.”

He described the prospect of the first nationalist first minister as a “significant moment for Northern Ireland”.

“I think it’s an important moment to show that everyone can work together regardless of who is first and deputy first minister, that’s what democracy is about and why it’s important,” he said.

“It’s been also significant seeing that shift and that move for people who have been voting for the Alliance Party over the last few days.”