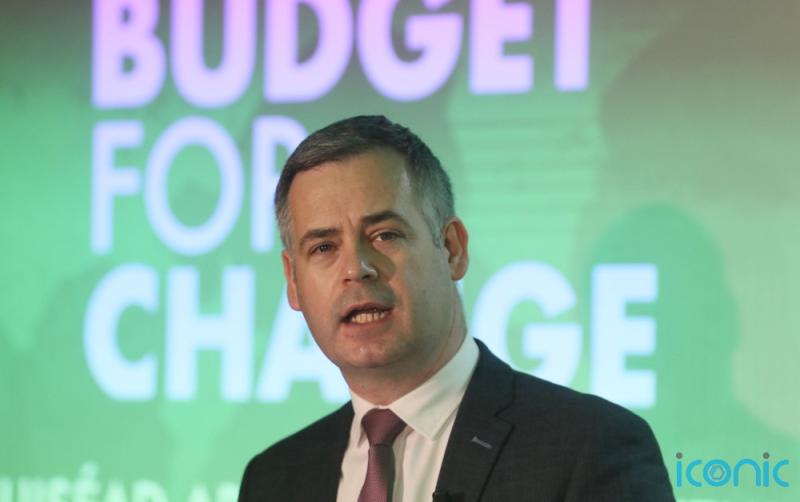 Pearce Doherty has said foreign direct investment would continue to grow in Ireland under a Sinn Féin Government.

The spokesman for finance made the prediction during a wide-ranging virtual talk at the Institute of International and European Affairs (IIEA), in which he laid out Sinn Féin’s economic vision.

“I would hope that FDI (foreign direct investment) would continue to grow in Ireland. And that would be the agenda of a Sinn Féin Government. For every job that we have, we want to keep it but we also want to attract more.

“The issue here isn’t about the success of our FDI strategy in the past, which has been hugely successful. It’s about the infrastructure that has been developed around those companies coming here.

“What has happened is that we have neglected our SMEs (small and medium-sized enterprises) and our micro enterprises. We have to make them a lot more robust, a lot more profitable,” Mr Doherty said.

In his speech, Mr Doherty referenced the milestone shift in Irish corporate tax policy, which will see the country agreeing to join the OECD framework for a global rate of 15% tax, giving up its highly prized previous rate of 12.5%.

He said that his party backs “the need to fundamentally reform the international tax landscape to reflect the new realities of the global economy”.

Mr Doherty also called for a “new industrial strategy”, which he said must be “regional as well as national, harnessing and strengthening the capacity of our higher and further education colleges throughout the country, North and South”.

Corporation tax for smaller businesses, he said, should be aligned at 12.5% on both sides of the border.

“A successful Derry means that there is a successful Donegal and vice versa, and we need to be mindful of that,” he told the audience.

However, Mr Doherty also appeared to acknowledge that long-standing back-and-forth between the Northern Ireland Executive and the UK Government over the issue of the region’s corporate tax rate was unlikely to be resolved soon.

Asked whether aligning corporation tax rates on both sides of would be a priority after the upcoming Assembly election, Mr Doherty said that his party still favoured the move but that it appeared currently “impossible”.

“Sinn Féin favour the 12.5% rate across the island of Ireland. The issue in terms of being able to do that is that as part of the negotiations with the British Government, any benefit from reducing the corporation tax will go to the British Exchequer as opposed to the Northern Ireland Executive.

“And also, the cost of doing it initially, because you would lose some tax revenue, would also have to be borne by the Executive which means that costs have to be found in cuts to healthcare or cuts to capital expenditure or cuts in other areas.

“That makes it impossible to do.

“But yes, where we want to be is having a single 12.5% rate across the island of Ireland.

“This is some of the problems when part of your island is under British rule. And we don’t have those levers.”

During a speech that criticised Government policy on housing and childcare costs, Mr Doherty also took the opportunity to question the logic behind EU fiscal rules, which were temporarily suspended in March 2020 to allow member states to respond to the Covid-19 pandemic.

He told the audience that “rules that aren’t credible cannot be enforced”.

“Sinn Féin have long argued that the fiscal rules are not fit for purpose – overly complex, undermining principles of sovereignty and economically damaging.

“Faced with recurring problems in healthcare provision, social inequality, housing need, infrastructure deficits, and the threat of climate breakdown, the current framework must be abandoned and replaced with a system that respects the democratic mandate of national governments and supports progressive policies.”

He continued: “Many have argued for a move away from fiscal rules and replacing them instead with fiscal standards.”

Setting out his party’s position on the complex and divisive issue, he said: “Any golden rule that encourages investment cannot be restricted to environmental policies but must also include investment that furthers social development and reduces inequalities – such as housing and childcare.”

“We were the first to argue for special status, and where what is now the protocol, is very much what we had penned out at that point in time.

“But that doesn’t mean to say that, that we can’t criticise or critique the European Union in some of the directions. Nobody would level the accusation that I would be against Ireland, but yet I criticise many of the directions that the Government are taking in relation to policy directions of this state,” he said.