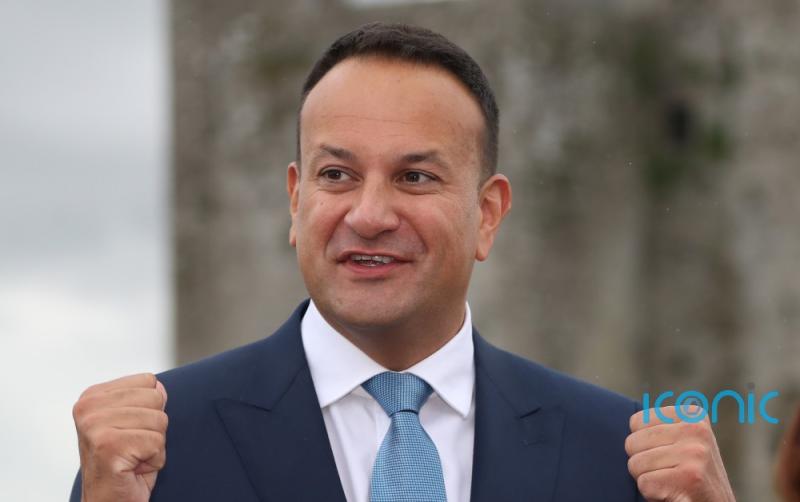 Leo Varadkar has said it has become “very clear” that the Northern Ireland Protocol is working.

The Tánaiste said that while there are still issues to be ironed out in the post-Brexit agreement, Northern Ireland’s economic performance shows it has been “a success”.

He said the protocol would boost foreign direct investment in the region, which in turn would benefit the all-island economy.

He said: “In relation to the Northern Ireland Protocol, I think it’s one thing that we should see as being very clear now, after about a year of the protocol being in place, is that it’s working.

“It was designed to make sure that there was no hard border between North and South that there isn’t.

“It was designed to protect our place in the single market and it has.

“And as was there in the original agreement with Prime Minister May, it is designed to protect the all-island economy, and that’s thriving.

“Trade north-south and south-north has increased dramatically, between 50 and 90%, depending on which way you count it.”

He added: “According to the UK Office of National Statistics, the Northern Ireland economy has outperformed the rest of the United Kingdom.

“So if anyone told you a year ago, that’s what the protocol would result in, I think that shows what a success it has been.”

Speaking at an event by IDA Ireland, the group that oversees foreign direct investment (FDI), Mr Varadkar said that problems with the protocol still need to be addressed.

He said he was keen to work with Liz Truss – who has taken over responsibility for the UK’s future relationship with the EU following Lord Frost’s resignation – on resolving the issues.

“It isn’t perfect and we’re very keen to work with the European Union, Secretary Truss and the UK Government on ironing out some of the problems that have arisen, particularly when it comes to goods going from Great Britain into Northern Ireland,” he said.

“But the uncertainty around the protocol doesn’t help Northern Ireland in that regard. So as soon as we can get to a point of certainty, the better.

“We want Northern Ireland to attract more FDI and we think that would benefit the island economy as a whole.”

Addressing Lord Frost’s resignation, Mr Varadkar said Dublin is happy to work with whoever the UK puts in charge.

He said: “From our point of view, when it comes to dealing with the UK Government, we just try to work with whoever’s there.

“And our job as an Irish government has tried to work with whoever is in those key positions, to build relationships.

“Liz Truss is Simon Coveney’s counterpart, he’d be known to her, so that work has already started I suppose.”