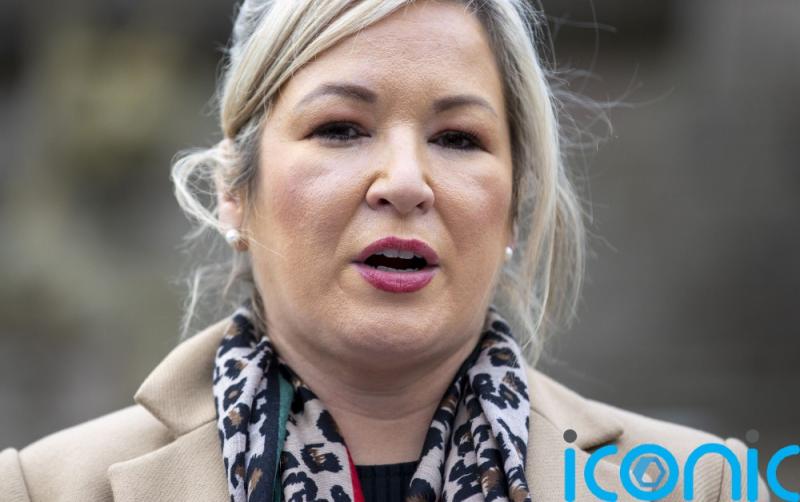 She said businesses have been left “high and dry” by Brexit uncertainty and stability is required.

Lord Frost announced he had resigned “with immediate effect” on Saturday as he told Boris Johnson that building a new relationship with the EU would be a “long-term task”.

He had been leading negotiations with the EU over the Northern Ireland Protocol, the part of the Brexit divorce deal which ensures a free flowing border on the island of Ireland but which has created a series of new checks and processes on Irish Sea trade between Great Britain and Northern Ireland.

London and Brussels are trying to reach agreement that would reduce customs paperwork and the numbers of checks and inspections required on goods.

Ms O’Neill told the BBC Sunday Politics programme: “This is the same David Frost who negotiated Brexit and he has worked to undermine it every day since.

“I am less concerned about what is going on in the Tory Party and the dismay and the disruption.

“What I am more concerned about is that the protocol is made to work, that pragmatic solutions are found, that certainty and stability is achieved for all of our business community here who have been left high and dry in terms of uncertainty because of the Brexit mess.

“David Frost will be replaced by another minister and whoever that minister is, they need to find solutions, work with the EU, make the protocol work and provide that certainty and stability that is desperately required.”

DUP leader Sir Jeffrey Donaldson, who has repeatedly threatened to pull down the Stormont powersharing institutions over the protocol, said the resignation of Lord Frost is a bad sign for the Prime Minister’s commitment to removing the Irish Sea border.

Sir Jeffrey said: “This Government is distracted by internal strife, and Lord Frost was being frustrated on a number of fronts.

“We wish David well. We enjoyed a strong relationship with him and his team, but this raises more serious questions for the Prime Minister and his approach to the NI Protocol.

“Whether on Northern Ireland’s access to medicines, our economic prosperity and trade with the rest of the United Kingdom, or on the growing divergence between NI and GB, this protocol has been a deeply damaging deal for the people we represent.

“The Prime Minister must now urgently decide which is more important – the protocol or the stability of the political institutions.”

He said: “The negotiations on the Northern Ireland Protocol are moving in a sequential manner, first with medicines, then trade, the democratic deficit and the role of the ECJ.

“Following the resignation of Lord Frost, it is important that a new lead negotiator is put in place quickly who understands the issues that need to be dealt with.

“The protocol negotiations are at a critical juncture and what we need to see are solutions that remove the Irish Sea border and fully respect Northern Ireland’s place within the United Kingdom.”

SDLP leader Colum Eastwood said the protocol negotiations “cannot become a victim to the chaos at the heart of Government in London”.

He added: “Frost’s resignation is an opportunity to reset the approach to the dialogue with the European Commission, to refresh the relationship with the EU and to return to the solutions that are presented to these challenges in the Good Friday Agreement.

“My clear view is that Boris Johnson’s days as British Prime Minister are numbered.

“He has lost control of his parliamentary party, ministers are beginning to desert his Government, and his moral authority, if it ever existed, is in tatters.

“The next phase of politics between and across these islands must be marked by a commitment to co-operation in the best interests of the people we represent.”