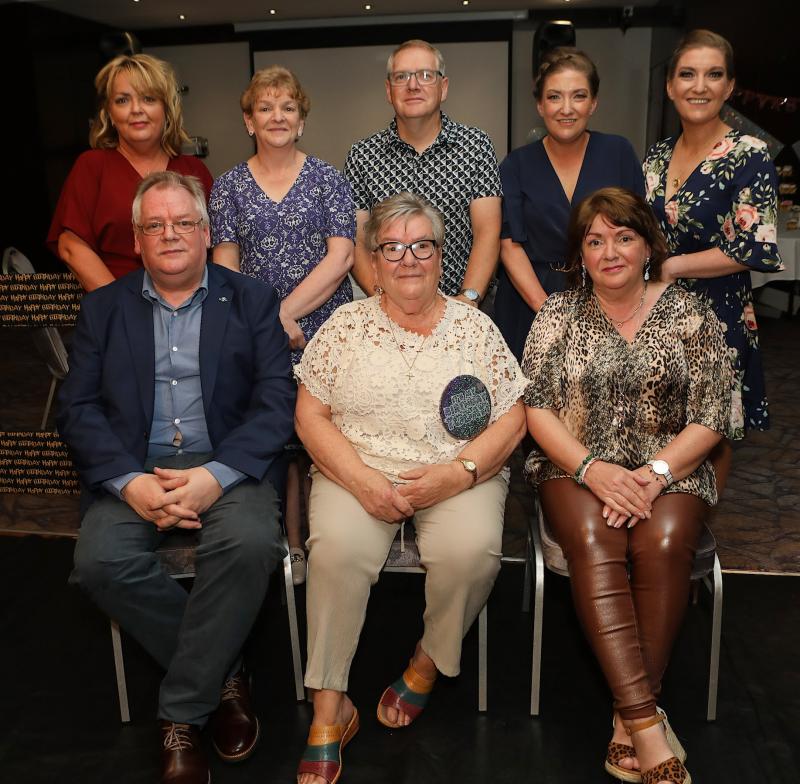 Kitty Wright celebrates her 80th birthday in the Maldron Hotel with her children. Seated are Brian and Christine. Standing, from left, are Cathy, Pauline, Robert, Clare and Julie. (Photos - Tom Heaney

It was a big weekend for Trojans YCG as one of the club’s most loyal and dedicated servants celebrated her 80th birthday at the Maldron Hotel.

Kathleen Wright, or ‘Kitty’, as she is more affectionately known, first became involved in the club in 1976 when her son, Robert, played for the U13 team. At various times, Kitty's sons: Mark, Peter and Brian were also club members.

Whether it was catering or fundraising, Kitty is always be there to support Trojans in whichever way she can. She has given freely of her time to look after visiting teams and attended meetings with other bodies to represent the club.

She has served on the Trojans Management Committee and recognised for her services to the club when she was elected to the Honorable role of President of the club. 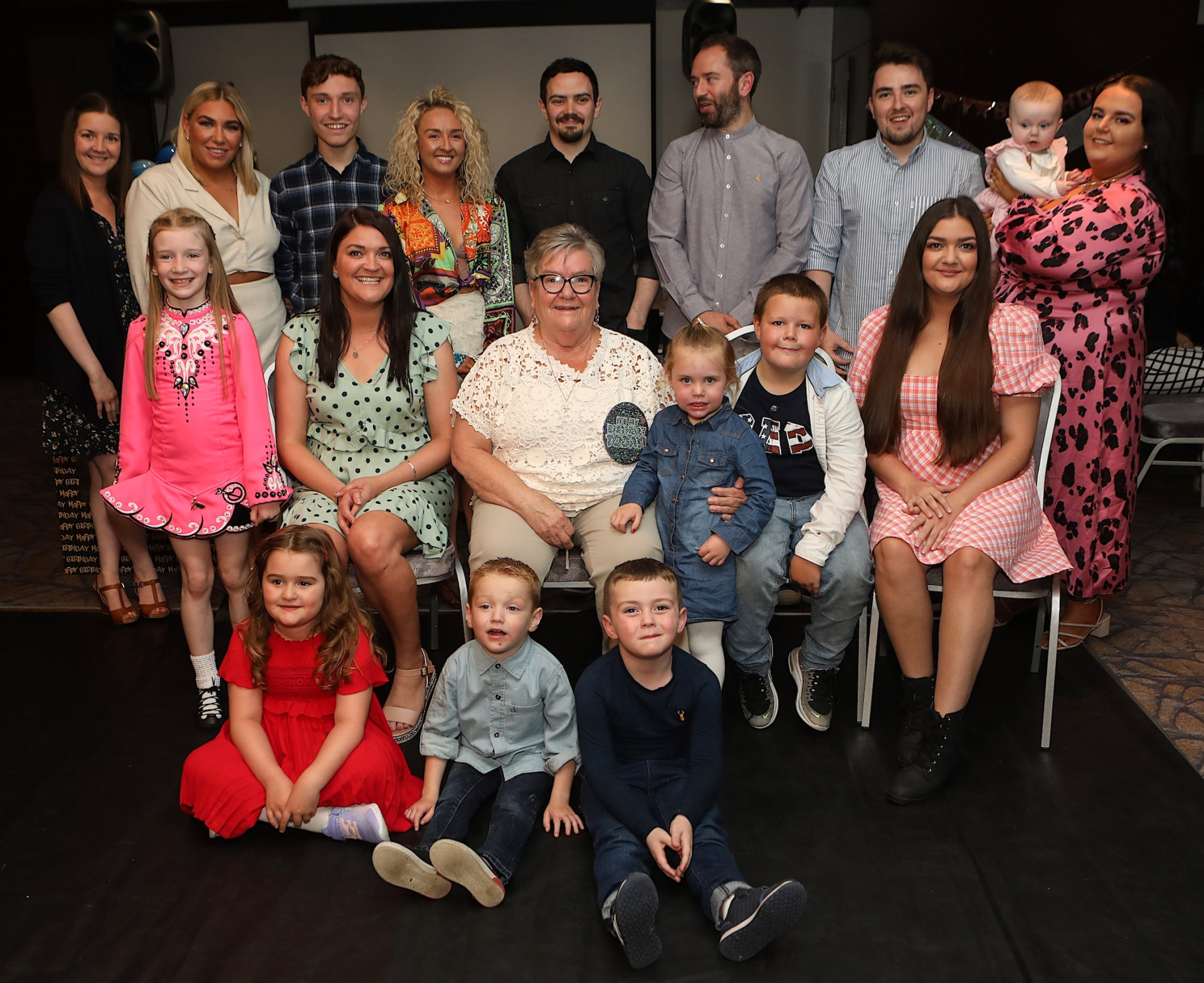 Kitty Wright celebrates her 80th birthday with her grandchildren.

In more recent times, after Trojans moved into Oakland Park, she has been at the forefront of organising the Foyle Cup week, providing hospitality for all the referees, scouts and visitors.

Her soup and scone bread are talked about all over the North of Ireland and beyond. In addition, Kitty has been at the forefront of the senior aged citizens group at Oakland Park, which involves line and Irish dancing.

Kitty's family connections within the club continue with her daughter, Clare, who shows invaluable work as club Treasurer; grand-daughter Lauren who previously served as club Secretary; grand-daughter Rebecca who regularly helps out at presentations, fundraising and during the Foyle Cup week. 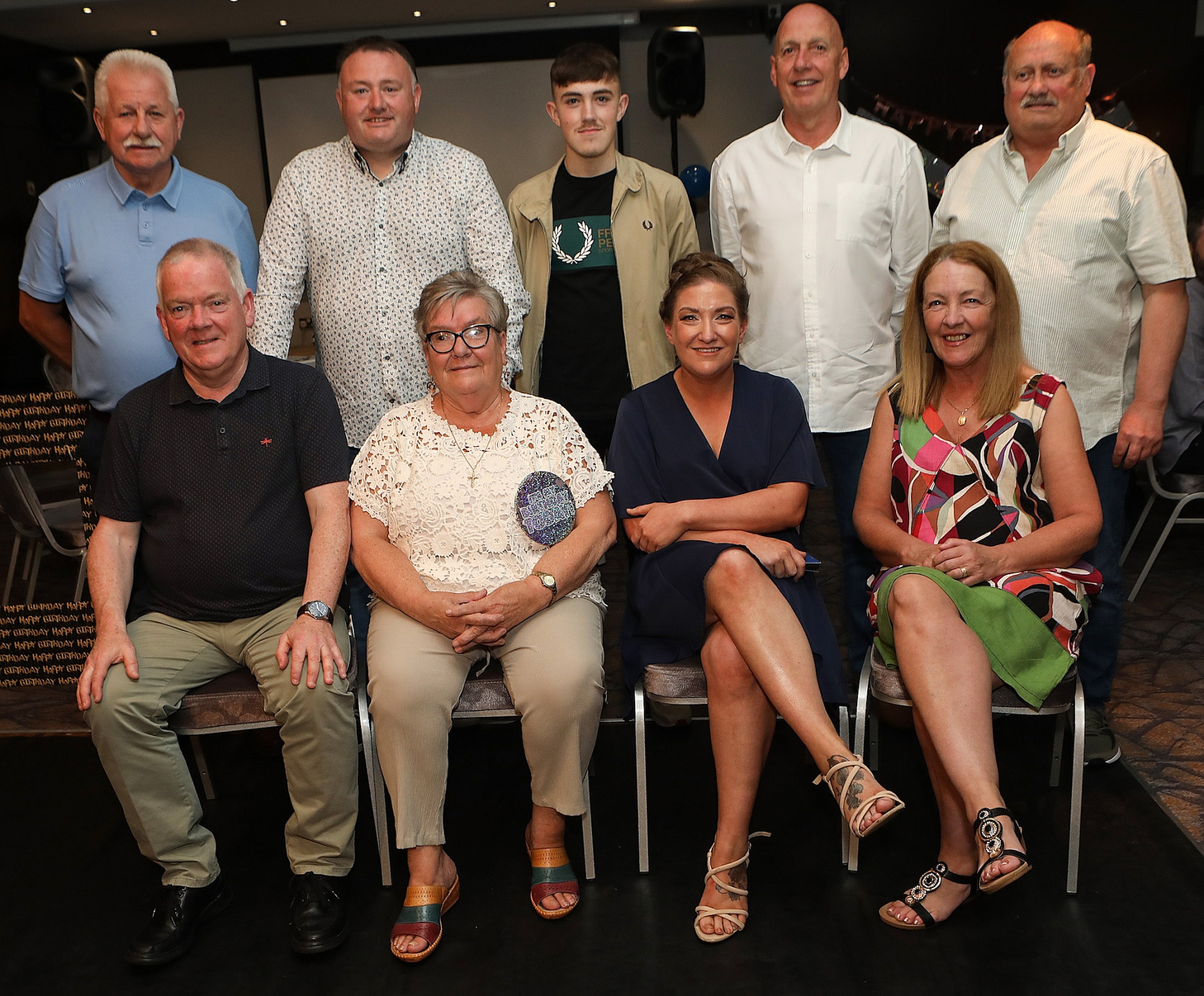 Kitty with her Trojans FC colleagues.

Her celebrations at the Maldron were well-deserved, in honour of one of the club’s true Trojans.