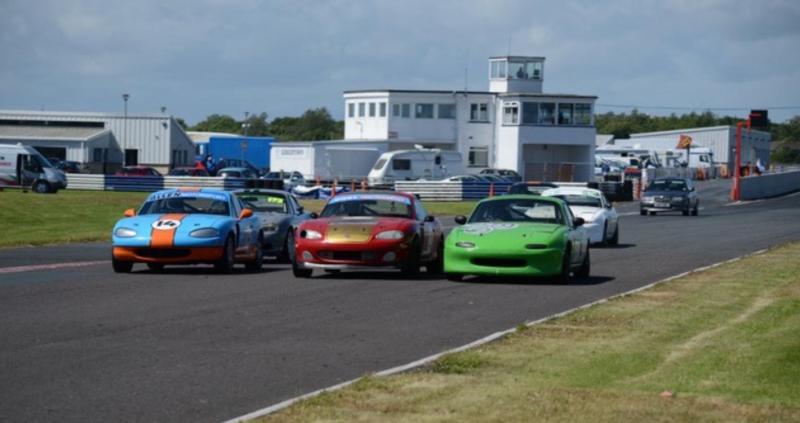 This Saturday 30th July sees the first of three packed car and Superkart race meetings that will take us to the end of the season.

The first one is just a very busy and interesting programme. The August one features the B.O.S.S. class racing for one of the most prestigious trophies in Ireland and the September season closer features the Martin Donnelly Trophy and the Emerson Fittipaldi Trophy races for FF1600 and formula Vee, respectively.

At this Saturday’s event, there will be the domestic classes, which include Formula Ford 1600, Saloons and GTs, Roadsports, Fiestas, the Modi-5-Cup Mazdas and both the 125cc and 250cc Superkarts. Visiting classes include Formula Sheane and the Irish Historics.

Starting with Formula Ford 1600, entries are in from current Champion, David McCullough, from Ballymena, Brandon McCaughan, from Ballycastle, The Randalstown Rocket, Alan Davidson, and Dave Parks, from Killaloe. These four should be fighting for top results.

In the mix for the remaining places will be David Nicholl, from Markethill, the evergreen Henry Campbell, from Ballymena, Mike Todd, from Parkgate, Philip Harris, from Newtownards, Andrew Murphy, from Greystones and Andrew Noble, from Rathfarnham. This line up should make for two very entertaining races, throughout the field.

The Saloons and GTs, between them, have an eighteen car grid. In the GTs the favourite has to be Gerard O’Connell, from Dungiven, in his Escort. Newcastle driver, Jonathan Mills, is out in his twin engine Clio.

This car has not had a clean lap this year, so we do not know exactly what it can do. However, on paper it is a rocketship! Charlie Linnane, from Kilmacanogue, Paul McAlinden, from Warrenpoint and Alan Watkins, from Bray, are all out in RT2000 machines.

The Saloon field is bolstered by a number of drivers from the Irish Touring Cars, for whom this forms a round of their national championship. Belfast driver, Stephen Traub, a former N.I. Saloon multiple Champion, will be there in his Honda Integra DC2. Robert Savage, from Kells, is in a Honda Accord.

Stuart Curran, from Newry, is in a Honda Integra DC5. Regular Saloon winner, Peter Baxter, from Lurgan will have new opposition from his son, Luke, in an identical Seat Supercopa.

Paul Parr, from Hilltown, has abandoned his RT2000 and also brings a Seat Supercopa. Ralph Jess, from Ballynahinch, brings his BMW Coupé. Other BMWs of the 330i genre will be driven by Lisburn’s Greer Wray, Dundonald’s Keith Wray and Downpatrick’s Gareth Blaine. Nutt’s Corner driver, Donal O’Neill, will be out again in his trusty Seat Leon and he will be troubled by Kells driver, David McMinn, in his Seat Ibiza FR. 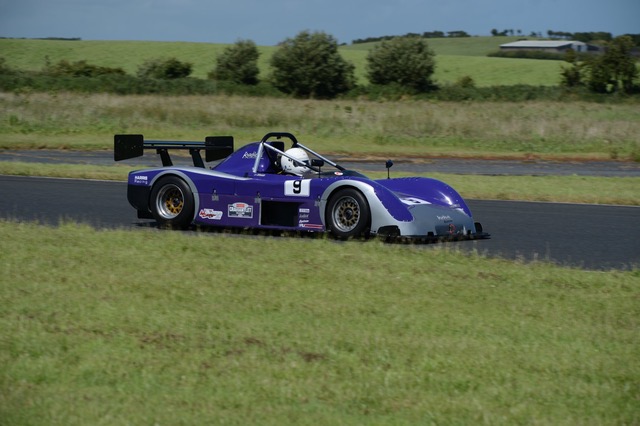 The Fiesta class has a familiar look about it. The intense rivalry between Belfast brothers, Mark and Paul Stewart, and Portadown father and son team, Derek and Michael Graham, looks set to continue. The unpredictable variable, as always, is Banbridge driver, Neville Anderson.

Stephen Walker, from Helensburgh, has been knocking on the door of these guys all season and is due a top three result, at least. Strangford driver, Megan Campbell, has been greatly hampered by reliability issues and is hoping for a trouble-free run.

Conor Mulholland, a top three contender in the past, is making his first appearance this year and one wonders how quickly he can get back up to speed?

Joining the Fiestas this time, on a split grid, will be the Modi-5-Cup Mazdas and a new class for Minis. In the Mazdas we have the usual contenders, any of whom can win.

Derry driver, Gavin Kilkey, is an ex-BMW 330i Champion. He knows how to win. Newry driver, Damian Moran, has done more laps than the other contenders, at Trackskills track days, so he knows his way around.

Jim Kennedy, from Crossmaglen, is steadily getting quicker and Gregory Radcliff, from Banbridge, is having his second outing. Given how quickly he improved during his first, he will soon be on the pace. 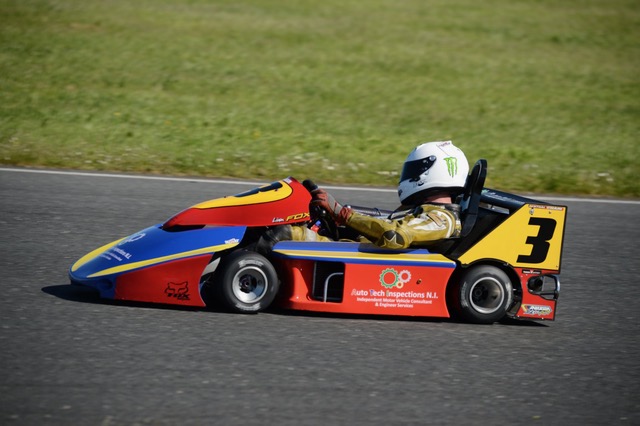 In the Minis, the man behind the class is Hugh McEvoy from Newry. Noel Conachy is also from Newry. Kian O’Brien is from Dundalk. Jack Irvine is from Carrickfergus and Shane Henry is from Donegal. Given that this is the first outing for this class, it is impossible to offer predictions.

The Roadsports races may well be split into two more races, one for the super quick Class A and C cars and another for the Class B cars.

In the former, the rivalry between “Uncle” Jim Larkam, from Newtownabbey, and his nephew, Steven Larkham, from Carrickfergus, continues.

Both are in Radical PR6s, as is Bangor driver, John Stewart. Arnie Black, from Banbridge, returns with his Mermik 1. He is steadily working to unlock the potential within this unique car.

The Crosslé ranks are represented by Bernard Foley, from Blackrock, in a 42S, Bill Griffin, from Dublin, in a 9S and John Benson, from Holywood, in a 37S.

The Class B ranks feature the Francis brothers, Richard and Mark, from Donaghadee, David Mutch, from Belfast and Paul Thompson, from Banbridge.

These four put on a great show the last time they were at Kirkistown. However, they will not get things their own way as Graham Moore, from Newtownards, Trevor Allen, from Lisburn, and Jimmy Dougan, from Killyleagh, among quite a few others, will be getting into the mix. This has the potential to be the best race of the day, in cars at least.

There are sixteen Superkarts entered. In the 250cc class we have Bangor’s Colin Menary, who hasn’t had great reliability this year, Liam Fox, from Moira, who always is a top runner and Brian Jones, from Craigavon, who is already good but improves with every outing.

Alan Witherow, from Newtownards, Jonathan Adams, from Ballyclare, and Richard Dewart, from Lurgan, will also be knocking on the door. Missing at the time of writing are “King of Kirkistown” leader, Aaron Newell, and lap record holder, Stuart Coey.

In the 125cc class, it is hard to look past Peter Crossen, from Comber. However, Noel Lindsay, from Hillsborough and Scott Greenaway, from Gilford, would disagree.

The main visiting class is for Historic Sports Cars. If the track is dry, it is hard to see anyone beating Armagh’s Jackie Cochrane, in his Sunbeam Tiger.

The two most likely usurpers are Edmund Cassidy, from Kisallaghan, in another Tiger, and Gareth Thompson, from Dungannon, in an MGB GT. Interestingly, Ray Moore, Bill Griffin and Bernard Foley have also entered their Crosslés and that may affect the outcome.

The other visiting class is for Formula Sheane. These single seater cars are quick and evenly matched. Richard Kearney, from Leighlinbridge, won both races in May and has to start favourite this time. Chris Dunne, from Dublin, is also likely to be on the pace, as is Richie Adams, from Rathfarnham.

The action will start early, at 9am until approximately 6:00pm. Admission is £12 for adults. No charge for children or for parking. Full catering facilities are on site.