The group are one of eight who will contest the final. 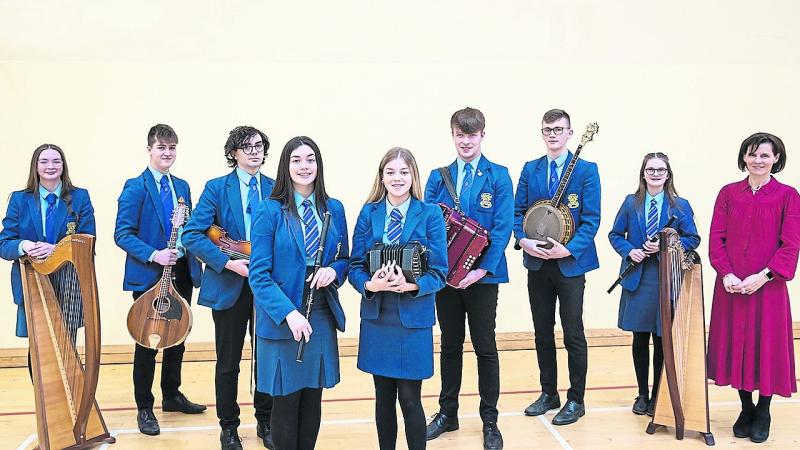 The Loreto College traditional group, Tigh Tara, represented the College with great distinction in the All-Ireland Final of the Gael Linn Siansa competition, held in the National Concert Hall, Dublin on April 10.

In the initial round in December, the group made a 12-minute recording of a selection of tunes including a jig, O'Carolan, waltz, march, slip jig and a reel as well as a song in Irish.

They were selected to take part in the workshop round which took place in Monaghan on February 14. After that event, they were chosen as one of eight groups to take place in the All-Ireland final.

Miss Belinda Toner, Principal of Loreto College, paid tribute to these talented musicians and thanked both Mrs Maeve Close and Miss Aoibheann Agnew, who coach the group, for all their hard work and dedication throughout the year.

The 44-year-old appeared via video link charged with a number of firearms offences.
ADVERTISEMENT - CONTINUE READING BELOW