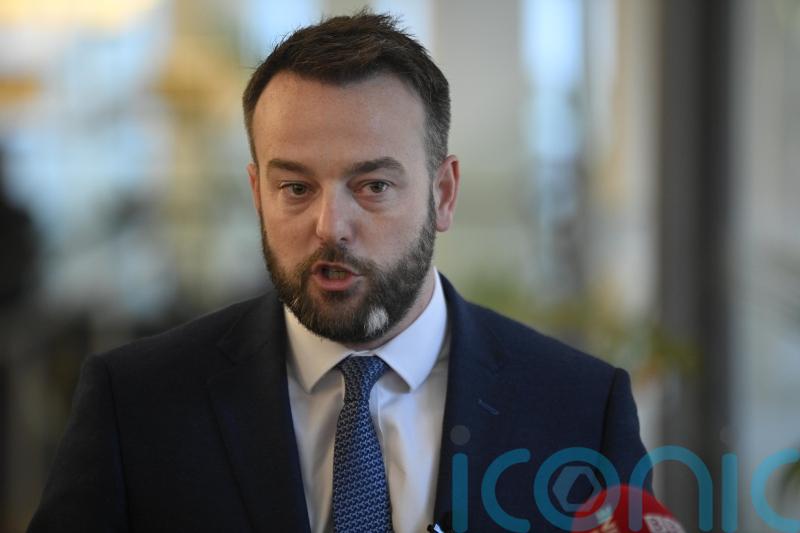 The only way a functioning Northern Ireland executive will be reconstituted after the Assembly election is if the DUP win, the SDLP leader has warned.

Colum Eastwood was commenting on the ongoing uncertainty over whether the DUP would nominate someone for deputy First Minister if it came second in the poll and Sinn Fein emerged as the largest party.

Neither the DUP or the UUP have been willing to confirm whether they would serve as deputy First Minister to a Sinn Fein First Minister.

The Executive effectively collapsed earlier this month when the DUP pulled out First Minister Paul Givan in protest at the Northern Ireland Protocol.

The administration is now only operating in shadow format and cannot take any significant decisions. 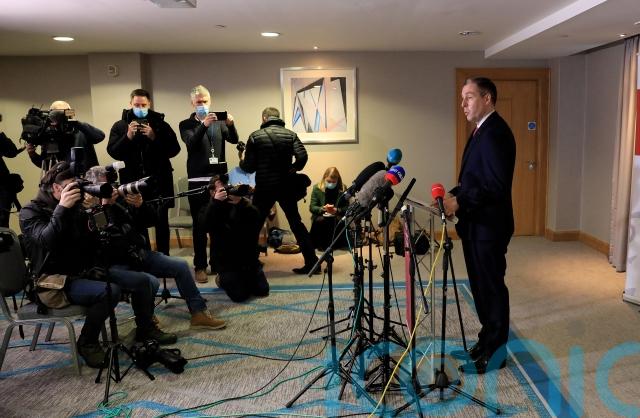 Mr Eastwood was speaking after a meeting with Irish Foreign Affairs Minister Simon Coveney in Belfast.

Asked about the prospects of a properly functioning executive being reformed after May’s Assembly election, he said: “I think the reality is that (DUP leader) Jeffrey Donaldson won’t appoint a deputy First Minister.

“The only way there’ll be an executive after an election is if the DUP win, that’s the most undemocratic thing I’ve ever heard, particularly because it doesn’t matter who the First Minister is.

“So it’s undemocratic. It’s a futile exercise in my view, and it’ll end in nobody dealing with the real crisis out there, which is people’s bills going through the roof and the longest waiting lists of probably any democratic country in the western world.”

Mr Beattie said the DUP was wrong to pull down the executive. He said it had had no influence on the negotiations between the UK and EU on the protocol.

“If I was the First Minister, I wouldn’t have done that because it has not moved the issue of the protocol forward one jot, not one jot has it moved it forward,” he said.

“What is moving it forward is coming up with solutions and engagement. That’s the only thing that’s going to fix this problem.”

Mr Beattie said the EU and UK remained a way off finding a solution to the protocol logjams.

“To get a solution to the whole thing we’re as far away now as we were last year,” he said.

After her meeting with the Irish foreign minister, Alliance leader Naomi Long struck a downbeat note on the prospect of a new administration being formed after the election.

“I think that the prospects for forming an executive post the election, if the DUP continue to redraw their red lines in the way they have been recently, is fairly bleak,” she said.

She added: “Nothing that has happened in the Assembly over recent weeks has had any impact whatsoever on protocol negotiations.

“That is something that is happening off to one side between the UK and the EU.

“What we can do on the Assembly however is tackle the issues that are impacting people’s lives and their priorities and all of the surveys show that their priority is not the protocol – it’s things like health care, it’s waiting lists, it’s about the cost-of-living crisis.

“And it’s about being able to get the kind of delivery from government that I think people have the right to expect.”