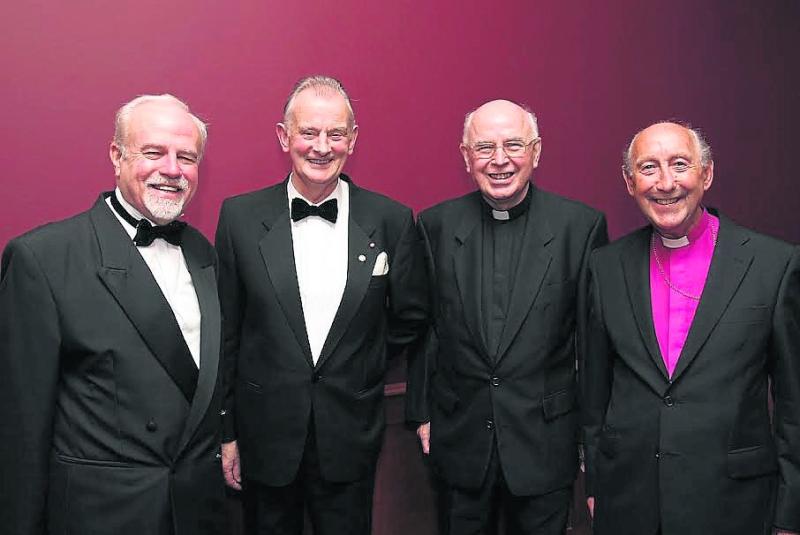 Keith Munro has had a medical career spanning over a remarkable 51 years, which has seen him work as a forensic officer and local GP, as well as being a founding member of the Foyle Hospice.

The doctor was born and raised in East Belfast and later made the move to Derry in 1967 to create a local Baháʼí group, a faith in which he has followed since 1964.

He said: “I set out on what I call an agnostic path, in other words, not knowing what is truth and not truth, but seeking. I studied various different things. I realized that Bahaism wasn’t a sect of Christianity. It was something new. Our aim is to help society, to unify people, and to come together to solve problems.

“It’s based on love and caring. On a depth in which is far from superficial. It started in the mid-90th century like a little acorn planted in the ground. It has grown organically and remained united.

“The Baháʼí Faith is not a sect, denomination or schism of any religion. It is an independent world faith in every country of the world. To us the essence of all great faiths in the world is one. Always has been and always will be,” he explained.

Also, that year, he began working at Altnagelvin Hospital before making the transition to Gransha Hospital the following year.

It was here that he recalled a life changing moment in his life.

Sitting in his office, Mr. Munro said that an insistent voice inside of him was telling him to change his job.

“I was wrestling with this when a colleague of mine at the hospital opened the door and said ‘Doctor Shiels is looking for a new partner in general practice. Would you be interested?’

“Imagine – you’ve just had this voice saying change your job and then someone comes in and offers you a job. What do you do? So here I was, I said ‘tell Doctor Shiels ill take the job’.

Dr Munro then began his work in General Practice on April 1, 1970. When he started the job, he was informed that he was going to be part of the Police Practice working as a Forensic Medical Officer which was often referred to at the time as a ‘Police Surgeon’.

“I was practicing as a Forensic Medical Officer, a name that we adopted after a few years, because we weren’t Police, and we weren’t surgeons. It was a silly title really. We didn’t work for the Police, we worked alongside the Police. Independent in that sense.”

In person, Mr. Munro is of an extremely friendly nature, and passionate about talking about his life of faith and the Foyle Hospice. In 2016, he was awarded with the Derry Journal’s Lifetime Achievement Award during an awards ceremony at the Everglades.

He said that he had always had a very strong belief in the afterlife and alleviating the suffering of those dying of potentially fatal diseases due to his Bahai Faith. It was his beliefs mixed with a particular event that sparked the idea of a Hospice for him.

“I was presenting patients to the surgeon on the ward at Altnagelvin Hospital in 1967, I brought my notes out and was about to explain about a man who was actually dying of cancer and the surgeon said ‘No that’s alright we’ll move on. There’s nothing we can do for him he’s dying.’ It really jolted me, what does he mean there’s nothing we can do for him? That’s cruel. So that stayed with me.

“I shared my thoughts with a friend of mine who was a doctor in the hospital, and he said, ‘Well you better hurry up because Tom McGinley has started running’. I had heard of Dr. Tom McGinley, but I didn’t know him that well, so I had decided to go and say, ‘look I’d like to help you’, so he and I linked up in the early 80s.

“I could see there was no way that I was going to found a hospice, Tom McGinley was going to be the spearhead but I would be very happy to walk with him on that path and gradually get it together,” he said. 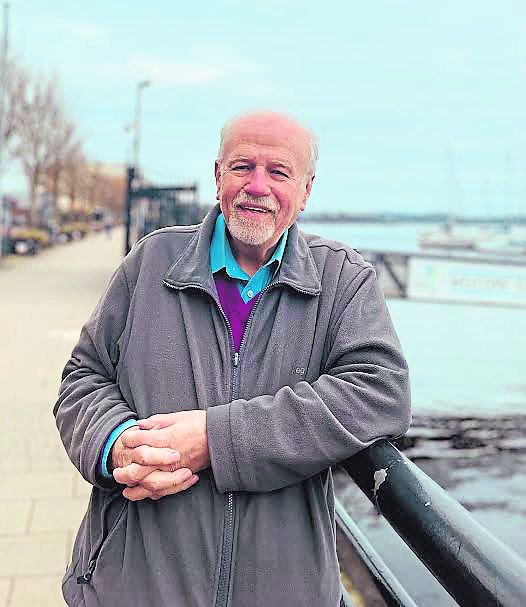 “We didn’t know we had to raise about £2 million to do that and remember that was in 1991 that we opened the hospice, so that’s away back so it’s equivalent to around five or six million today. The people in the northwest responded tremendously.”

In the early hours of September 14, 2011, Doctor Keith Munro answered a Police call, informing him that a suspected device had been placed at his home. It was later found that the Real IRA were responsible for leaving a viable device at his home near the Co Derry Village, Claudy.

He said: “I answered the phone and a voice asked, ‘Where are you sitting?’, I said that we were in the sunroom.

“They asked me to move to the back of the house and told me that they’d had a message saying that there was a bomb on the Learmount road and that they’d pinned it down that it had to be in my garden.

The device, which was described as the size of a shoebox, had been planted at the corner of Mr Munro’s Garden.

“Now – we have bullet-proof front and back doors, a safe room as well as ten cameras around the house.

“I’ve been through so much in my life that actually, I don’t panic. I take it in my stride and so does my wife. We weren’t going to move anyway. We seen it as giving in if you will. I went on serving with the Police until 2018.”

After a lengthy and admirable career, Dr Keith Munro retired in 2018, and continues to raise awareness of the Baháʼí community.