Tierney: "Myself and my SDLP colleagues will do all we can to highlight this issue and get measures put in place to ensure we never see a repeat of this terrifying crash" 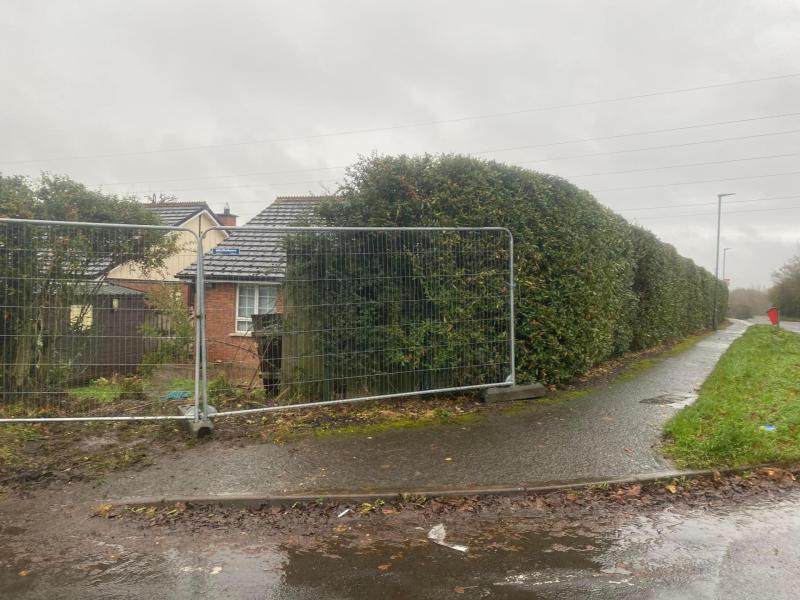 The site of the Lenamore Road home where a vehicle crashed into earlier this week.

SDLP councillor Brian Tierney has called for action after a car crashed into a house in the city at the weekend.

Significant damage was caused to the home after the crash in the Oakgrove area, off the Lenamore Road.

Ballyarnett representative Tierney said it was the second similar incident in five years and he is seeking a meeting with the roads service and the PSNI to address dangerous driving in the area.

He said: “It’s extremely lucky that nobody was seriously injured or killed during this incident when a car came off the road, crashed through a fence and into this house causing significant damage to the building and emotional distress to the residents.

“The car crashed right into the bedroom with residents in the property and this was a very close call.

“Unbelievably this is the second incident of this nature within the last five years and we can’t afford to see another one.

“I will be seeking a meeting with the roads service and the PSNI to discuss what can be done to stop dangerous driving in this area.

“We need to see action to keep motorists, pedestrians and local residents safe.

“I visited with the residents affected on Monday and it’s fair to say they are still shaken as a result of this incident.

“Their garden is destroyed and their home is damaged and they are living in fear that this could happen to them for a third time.

“I’ve assured them myself and my SDLP colleagues will do all we can to highlight this issue and get measures put in place to ensure we never see a repeat of this terrifying crash.”

She said: “Sadly, we have witnessed yet another accident on the Lenamore Road.

“In past few years, it’s actually the second time a car has left the road at this junction and landed in the garden of a local home.

“This road has been highlighted time and time again as a danger for motorists and pedestrians due to the speed and volume of traffic using it.

“The Department for Infrastructure recently carried out a road traffic survey in the area upon my request.

“I have now gone back to them asking for the results, requesting the installation of traffic calming measures and asking for a crash barrier at this junction before someone is seriously injured.”