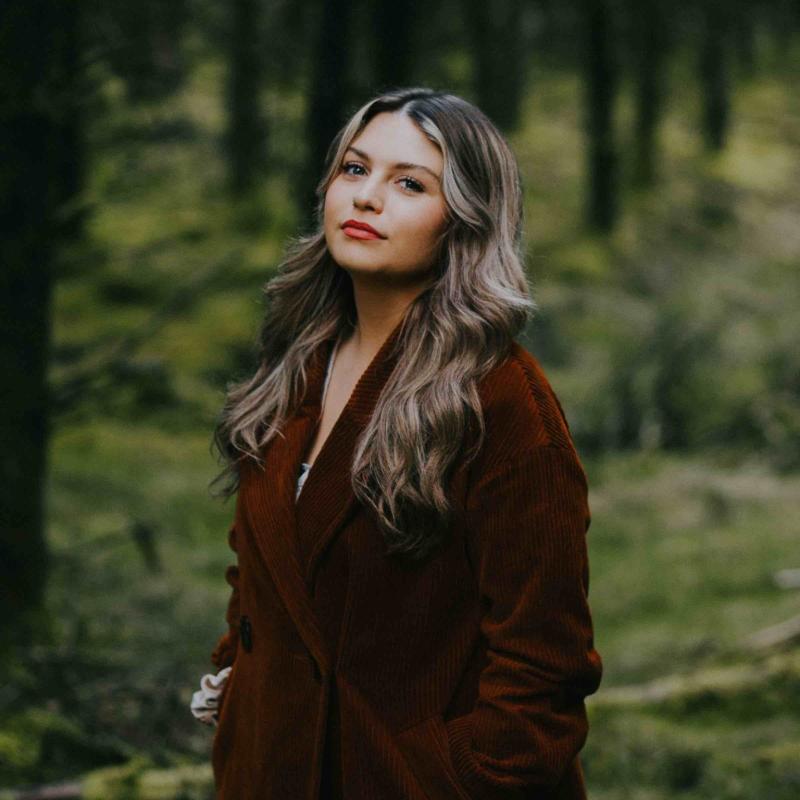 Reevah will be playing at The Nerve Centre in Derry on Saturday. The former Oakgrove Integrated College pupil has a new EP out titled "Begin, Again"

Derry indie-pop star, Reevah, will be back in her home city this weekend with her band playing their first show in two years.

The 29-year-old former Oakgrove Integrated College pupil, released, “Begin, Again” earlier this month – a five-track EP that has the song “Wildflower” as its lead-off single.

Reevah will be taking the stage at the Nerve Centre on Magazine Street on Saturday night and will be supported by Emily McCormick and Emma Doherty.

The pandemic and the lockdown that followed put the blocks on all music artists' plans to go on the road.

However, Reevah used the opportunity to revist her old material and give those songs a new lease of life that led to the recording and release of her EP.

She said: “The new EP is significant in the title. It's kind of about how artists and musicians are always evolving and adapting to circumstantial things.

“With the EP, we rediscovered older tracks and gave them a new lease of life. Two of them are a little more electronic than what they would have been before.

“It was really nice to reassess songs from when I was just starting out and didn't know which direction things needed to go in. It was a nice opportunity to do that.

“This was the first time the band and I had been together for well over a year in terms of writing and recording.

“We're actually in the process of recording an album. The EP was good in that we know we produced and recorded that thing ourselves. From the get-go we wanted to do that as well as mix it ourselves before going on to do an album.

“So it was nice not to just do that but to also see what we were capable of ourselves. It was between myself and our drummer, Brian Doherty, who kind of created and mixed the EP.”

Reevah has been immersed in music from an early age onwards. She hold an Undergraduate Degree from Ulster University and is back there studying for a Masters in Creative Musicianship.

She added: “I've been playing and singing since I was quite young – from the age of five. I started taking instrument and singing lessons and it's always been something that I've been doing.

“Both my parents are of that type of background as well. My dad's a musician and my mum's an artist so I suppose it was inevitable that I would go into some kind of creative background.

“I went on to do a degree in music at (Ulster) University and then it was kind of after that that I started really honing in on what is now 'Reevah' – which has now been in the process for the best part of five years.

“In the last two years, it has been taken a little more seriously with the addition of more (band) members. The sound has maybe changed and grown slightly.”

Reevah will be playing at The Nerve Centre, Magazine Street, Derry with a 10pm start.

The venue requests that to help reduce the spread of COVID-19, booking online is highly advised in order to minimise crowds of people congregating in small areas.

Tickets are free but there is a 50p booking fee applied. You can book your tickets by logging on at: https://nervecentre.ticketsolve.com/shows/873622176