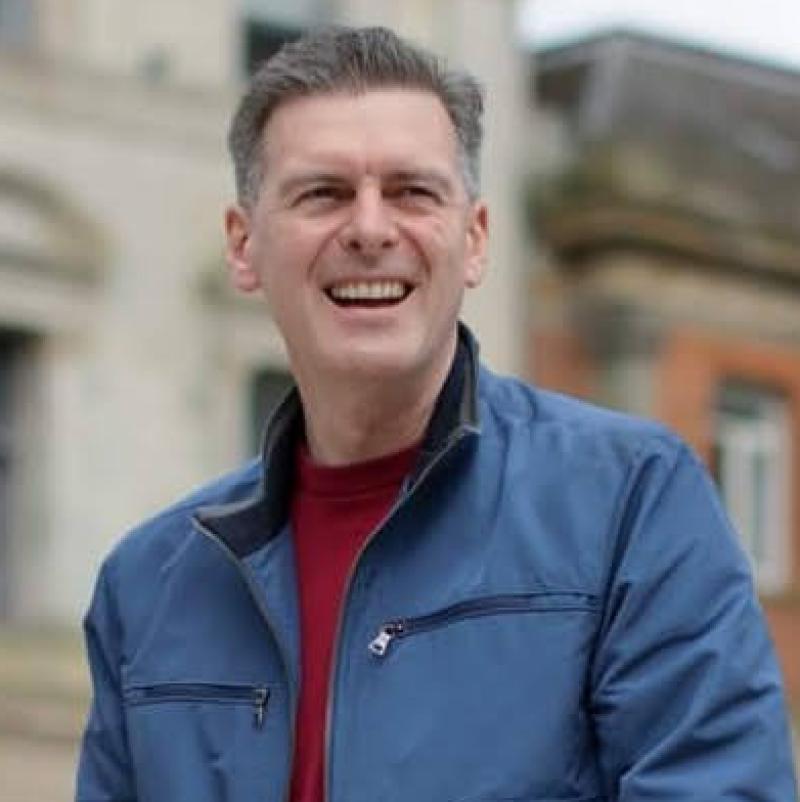 Cllr Harkin had tabled a motion calling for Council to support retail workers' right to receive time off during the Christmas and New Year period.

The Foyleside councillor cited a survey conducted by trade union Usdaw that consulted its members across the north of Ireland with a vast majority in favour of such a measure. Cllr Harkin also cited that other trade unions in the north had backed Usdaw's demands.

Cllr Harkin's motion read: “Council notes its concern that many workers in a wide range of different sectors are not receiving a decent break from work over the Christmas and New Year holiday period.

“Council notes the results of the Christmas and New Year working surveys by Usdaw which show 80 per cent of respondents from across the North said that they spend too little time at Christmas with family and friends. Christmas Day trading legislation means that nearly all shops do not trade on Christmas Day.

“Council commits to supporting the campaign to allow retail workers to have quality time with family and enjoy the benefit of the break in the way so many of us do rather than use Christmas Day as a day of recuperation.

“Council will write to large retailers in our district area and to the Stormont Executive requesting they support these demands.”

However, Cllr Brian Tierney (SDLP) tabled an amendment saying the motion should encourage dialogue between employers and employees as he had spoken with a number of workers this past week and was told that working the festive period should still be there for them to do.

Cllr Tierney's amendment put forward the removal of the last paragraph of Cllr Harkin's motion and replace it with: “Council will write to large retailers encouraging them to begin meaningful discussion with their employees around opening times on Christmas Day, Boxing Day and New Year's Day.”

In explaining his reasons for the amendment, Cllr Tierney said: “This motion states a lot of facts but from what I can see from the motion its Usdaw's responses from its members across the north of Ireland. It doesn't tell me anything about retail workers from across this city and district.

“But we don't actually know if retail workers across this city and district want these demands met. I've spoken to retail workers over the last number of days who have told me that they take a benefit for working these particular days over Christmas.

“A majority of them are getting double-time because the pay-cycle is so long over December that many people actually budget the double-time they receive for the following January.

“By supporting the motion as it is, we could be taking that lifeline away. We are all for getting good terms and conditions for workers.

“But they have to be terms and conditions that those workers want, not what Usdaw wants. We want and encourage employers to speak to their employees and come up with reasonable ways forward.”

Cllr Harkin was not happy with what he saw as Cllr Tierney diluting his motion and responded in no uncertain terms his anger at the amendment.

He said: “There is no level playing field here. What you have here are big corporations making tremendous amounts of money and not treating their workers properly – be that with low wages, forcing them to work far too many hours and making them work right through the festive period.

“I think what the SDLP are saying here is absolute anti-(trade) union nonsense. (Cllr) Brian (Tierney) has talked to a few people in Derry who say 'I am not sure about this'.

“The entire trade union movement across the north (of Ireland) is backing this demand from Usdaw. They've been campaigning for it for years.

“I've talked to lots of workers who tell me all the time that they hate the fact that they have to work right through the Christmas period.

“The demand actually makes it clear that workers who are scheduled to work should suffer no loss of pay. That's a demand we have to take to these corporations.

“We have to send a clear message to the bosses that they need to start treating their workers a lot better.

“This (amendment) is trying to appease the employers and make it seem like workers are happy to be working at six am on Boxing Day.

“This just seems to me that the SDLP are saying that they 'know better than the entire trade union movement across the north'. Usdaw's demand has been supported by every trade union in the north of Ireland.

“The amendment doesn't have my support as it loses the point.”

Cllr Gary Donnelly (Independent) also voiced his opposition to the amendment adding: “I had no problem with the motion as it stood until the SDLP tried to ride two horses here by bringing in a half-a-loaf anti-(trade) union amendment. And this from a so-called Labour party. It's not even surprising.”

The amendment was voted on and the SDLP amendment was passed by 19 to 15 – with eight votes from unionist members being pivotal in carrying it through.

Despite the amendment being accepted, Cllr Harkin did not withdraw the motion.

He said: “This motion can still send a clear message to employers because the demands haven't been stripped out by the SDLP and the DUP. They haven't stripped out that Usdaw did do a survey on this.

“They are willing to have a very blasé approach to workers' rights and I think we have to start being clear that patting people on the back and thanking them for being there during the pandemic just doesn't cut it anymore.

“People deserve to see real gains but those gains aren't just going to be gifted to them. They are going to have to be fought for.”

The motion with the amendment was passed unanimously by Council.