Doherty swaps classtoom for carrooms – or we should say... classroom for cartoons 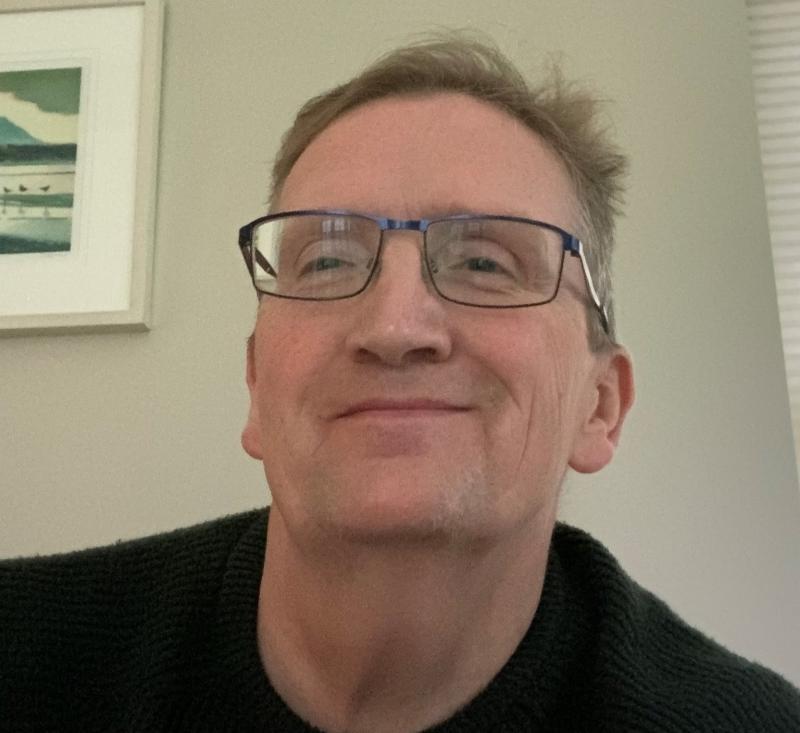 Derry teacher, Sean Doherty, is trying his hand at cartoons with a series of drawings based around Spoonerisms

'Terry Deacher' – or should that be 'Derry Teacher', Sean Doherty, is using his time off from the classroom to create a series of cartoons based around spoonerisms.

Doherty, was a French teacher at Oakgrove College, before a combination of ill-health and redundancy left him twiddling his thumbs at home.

Being an aficionado of words, he decided to put those thumbs – and fingers – to artistic use and create the spoonerism series.

Spoonerisms derive from error in speech in which corresponding letters are switched between two words in a phrase. The label takes its name from Oxford Don and cleric, William Archibald Spooner who would regularly do this.

Sean, who is of the same family that own the city's famous Doherty Meats, said: “I would always do crosswords in the newspapers and I do love words. Sometimes I would 'spoonerise' stuff in my head. 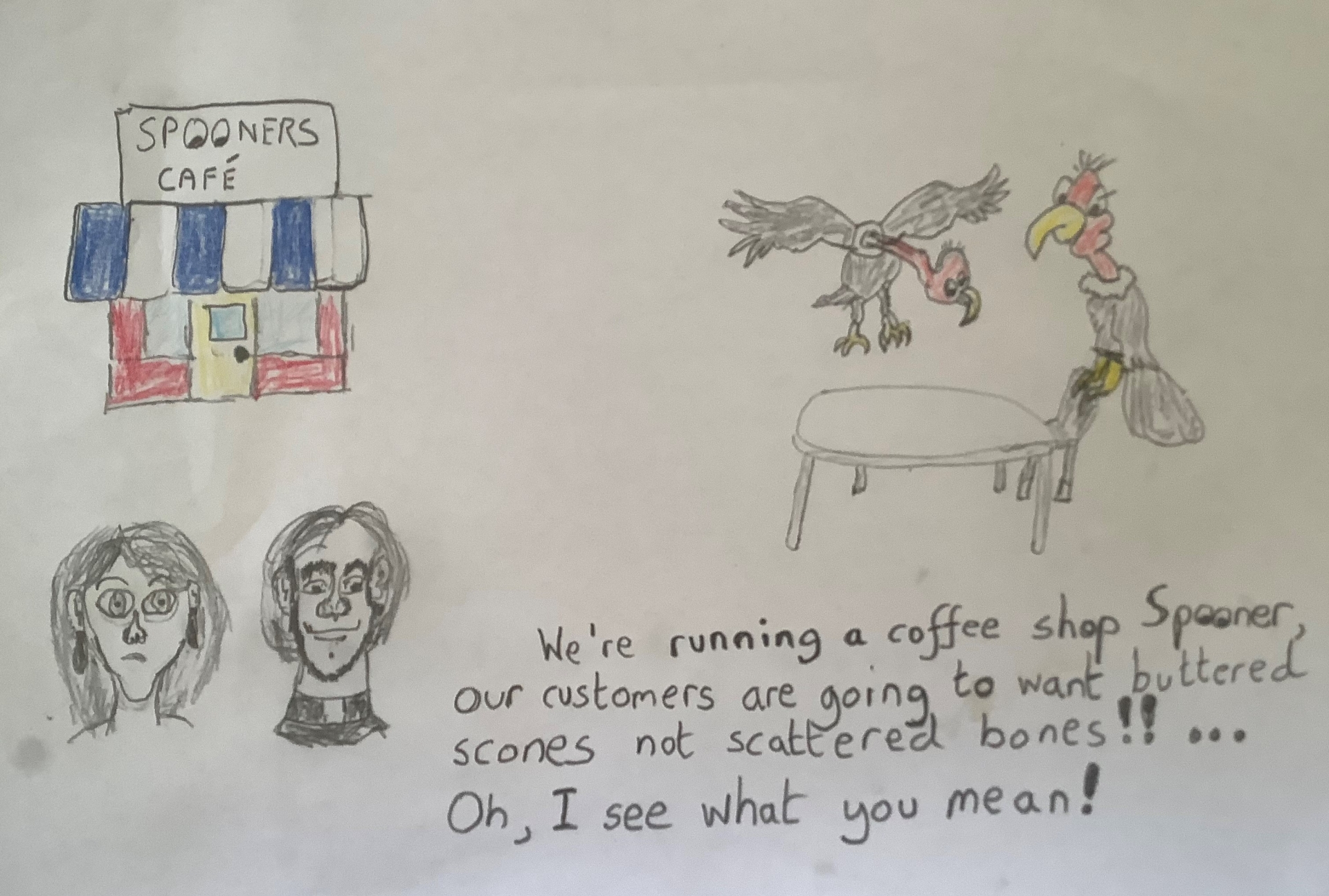 “I started noting them down and if they amused me, I would then create wee scenarios for them.

“To be honest, I couldn't draw to save myself and I am aware that the cartoons are less than professional.

“I was running around trying to get quotes from people to have my cartoons done professionally but the cheapest quote I got was fifty pounds a frame.

“The wolves are not at the door, but I am on benefits at the minute. The house is paid for and my wife is still working, but I still have two children at university so I can't be paying out that much for a professional cartoonist.

“I have a couple of hundred of drawings already created. Even to produce a set of ten would set me back five hundred quid.

“I did a google search and came across a teach-yourself-how-to-do-cartoons programme. I went on there and used that to create my 'spoonerism' characters.

“The original Spooner was a nineteenth century cleric so naturally, I made one of my main protagonists a cleric as well – a bit like the Father Brown character on TV.

“The wife character is the one who interprets the spoonerisms, the mistakes with a 'for flip's sake what are you at?' and so on.

“The cartoons I've done are very rudimentary but I think as I've been bouncing along, I got slightly better at it.”

As mentioned earlier, Doherty has suffered with ill-health over the last few years with two bouts of Non-Hodgkins Lymphona leading him to take a redundancy offer from Oakfield College and take a break from teaching.

He added: “I have had a colourful health history. I have had a number of things over the last ten years.

“I'm a teacher by trade having taught French at Oakgrove College. I don't do that anymore having had to take my redundancy.

“I had my large bowel removed and a stoma bag installed. I recovered from that and went back to work. A couple of years after that, I had massive seizures and was diagnosed with osteoporosis. I broke a dozen bones – including my hip and backbone.

“I was in hospital for a month after that. I recovered, went back to work and then I was diagnosed with Non-Hodgkin Lymphoma cancer. That was around three or four years ago.

“I was successfully treated for it. I was within a few days of being officially declared as being 'two years clear' when I took ill again and found the Non-Hodgkins had returned.

“When you get cancer once, your chances of survival are good. When you get it a second time, it can be bleak.

“I was lucky enough to have a doctor who was fantastic. He got me onto a thing called 'Car T Cell Treatment' in London.

“It's a radical, new treatment, What happens there is they take a sample of your bone marrow and have it sent away to a facility the Netherlands, They convert the bone marrow to fight the cancer internally.

“Unfortunately it makes you sick as a pig as you have no immune system. I was in hospital for quite a long time in London. But it was successful – so far, so good, touch wood.

“I got sent back to Derry literally just before the pandemic. I'm still classified as being clinically extremely vulnerable.

“In the middle of all that, I was offered a redundancy from teaching. Being extremely clinically vulnerable and going into eight or nine classrooms a day with different sets of pupils is not recommended.

“My 'plan A' had been to work as a substitute teacher – and I would have got plenty of work being a language teacher.

“But the doctor in London said to leave it until next April and then we could revisit that. For now, I was told that I was not to work as a teacher.” 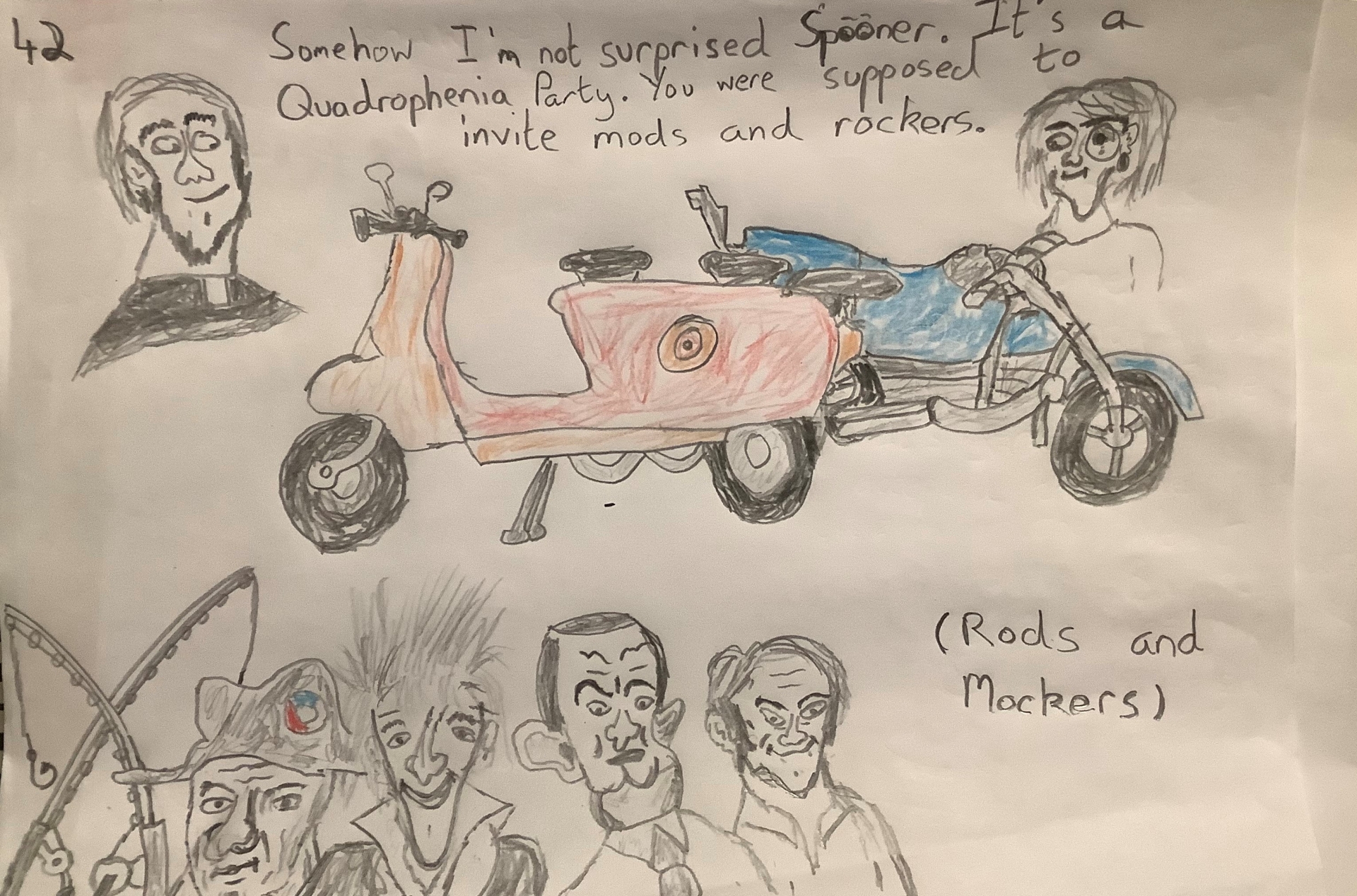 While Doherty awaits for the doctors to give him the green light to resume his teaching career, the Spooner cartoons keep him busy and hopefully someone somewhere might offer him the chance to showcase his material to a wider audience.

He said: “I do not claim to be some sort of great artist, but what I have managed to start doing is to give them a character, give them a continued presence and to visually represent a joke.

“You might not go 'oh that is a wonderful cartoon there', but you might see the joke. If you're a 'wordy' sort of a person, you will get the joke.

“Of course some might not get the joke and find it funny but I do think there is a niche for spoonerism cartoons.”