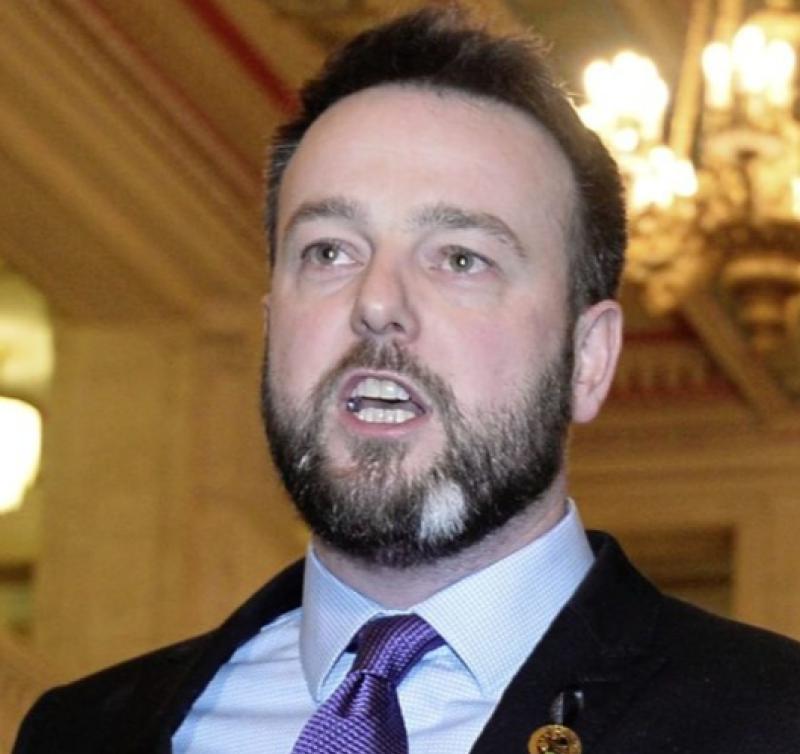 SDLP leader and Foyle MP, Colum Eastwood, voted against the increase to National Insurance contributions in the House of Commons last night

Foyle MP Colum Eastwood has accused the DUP of embarking on a “destructive course of action designed to antagonise nationalists”.

The SDLP leader was speaking after the DUP were found guilty by the High Court in Belfast to have breached devolution legislation by unlawfully boycotting North-South talks with ministers from the Republic of Ireland.

This follows in the row regarding the First Minister's position where talk of a unionist pact to exploit a loophole that could deny a nationalist from becoming the First Minister of the north of Ireland should either the SDLP or Sinn Féin become the largest party in Stormont.

Mr Eastwood said the words and actions of senior unionist politicians in recent days have been designed to insult, offend and degrade people with a different view of the future.

The Foyle MP also added that nationalists and others will not be treated as second class citizens ever again and called on the leaders of unionist parties to step back from campaigns designed to diminish parity of esteem for all people in the North.

He said: “Over recent weeks, the DUP has regrettably retreated to the politics of boycott, division and deadlock.

“They have set themselves on a destructive course of action designed to antagonise nationalists and those with a different view of the future.

“This week’s High Court ruling that their campaign to frustrate North-South cooperation is unlawful speaks to how far removed from acceptable political standards they have become.

“The manufactured crisis over the role of First Minister is now blatantly offensive to nationalists.

“Years ago, we were told that a nationalist couldn’t become Justice Minister, now we’re being told that if the SDLP or Sinn Féin becomes the largest party in an election that unionists should club together to frustrate the nomination of a First Minister. It is insulting and it is pathetic.

“The truth of the matter is that the functions of the First and deputy First Minister are equal and interdependent.

“We have a unionist and nationalist First Minister in authority, power and responsibility. This sham fight about titles is designed to diminish the position of nationalists in our society and the SDLP will not accept it.

“The solution is clear – they have a joint office, powers and authority. So they should be called the joint First Ministers and elected together.

“The SDLP tabled amendments to Westminster legislation that would have achieved that result. It is disappointing that the DUP opposed us then and will not clarify their position on this issue now.

“We need to get beyond these narrow, divisive and totally manufactured fights. People want political leaders to address the waiting list crisis, our crumbling schools estate, the Covid-19 emergency.

“Those are real priorities. Anyone who plays fast and loose with people’s lives based on the name plate at Stormont Castle is totally detached from reality.”