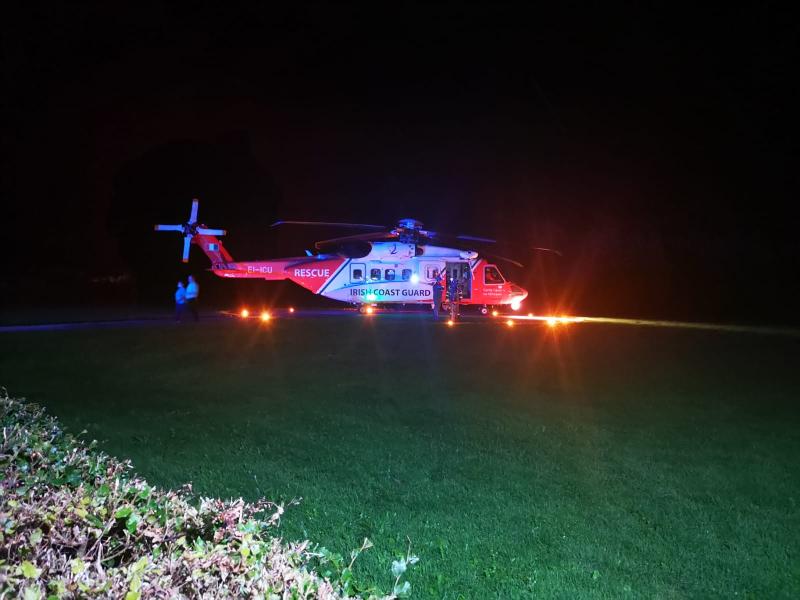 One person is believed to be seriously injured following a jet-ski crash on the River Foyle.

The incident took place last Saturday night in Lisahally with both the Coleraine Coastguard and an Irish Coastguard rescue helicopter, R118, from Sligo arriving at the scene at around 10.20pm.

The helicopter was dispatched by Irish Coastguard in Malin, Co. Donegal.

Foyle Search & Rescue volunteers were also dispatched to the site of the crash where the jet-ski ran aground.

Two people were found with the R118 helicopter transporting one to Derry's Altnagelvin Hospital with a serious head injury. That patient was subsequently transferred to the Royal Victoria Hospital in Belfast.

The Belfast Health & Social Care Trust was approached for comment regrading the patient's condition but declined to do so.

The condition of other person was rescued by Foyle Search & Rescue is at this stage unknown. The Western Health & Social Care Trust confirmed that only one person was admitted to Altnagelvin before being transferred to Belfast.

A Foyle Serch and Rescue spokesperson said: “Our teams were tasked to a jet ski incident close to Lisahally shortly after 8pm (Saturday, September 25).

“Our teams responded alongside the Coleraine Coastguard, Greencastle Coast Guard and Rescue 118 and both casualties were safely removed and taken to hospital.

“Thanks also to Northern Ireland Ambulance Service and Police Derry City & Strabane for their assistance.

“All of our volunteers returned safely to base ahead of Saturday night duty.”