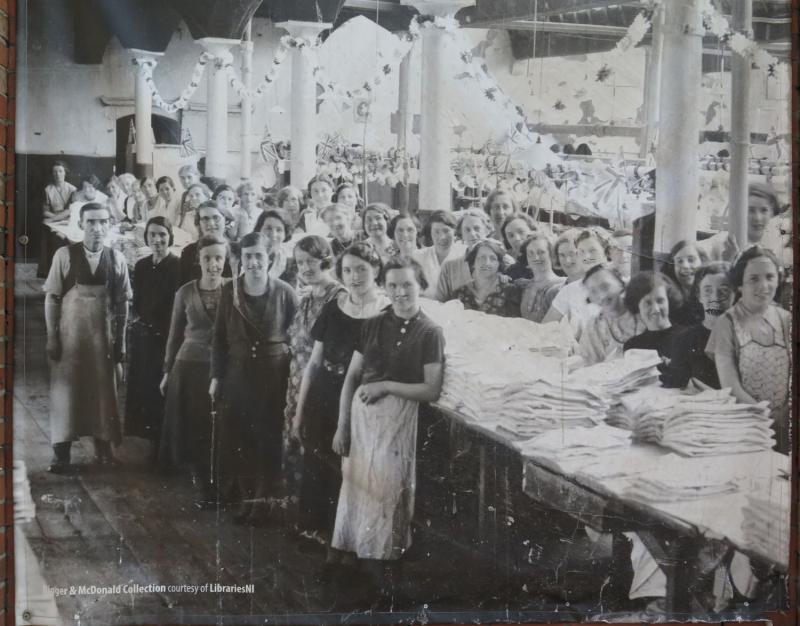 The women of Derry's shirt factories.

The Friends of the Factory Workers scheme has won the Women’s History Network Community History Prize.

The project celebrates the history of the women who made shirts in the factories of the area, using plaques and heritage trails, schools projects, media work and so on.

The judges were impressed by the wide level of community engagement the project engendered, especially in view of the fact that it began without an initial budget, while eventually raising £5,000.

They noted that the project celebrated the value of women’s labour and liked the fact that this truly was a ‘grassroots’ project.