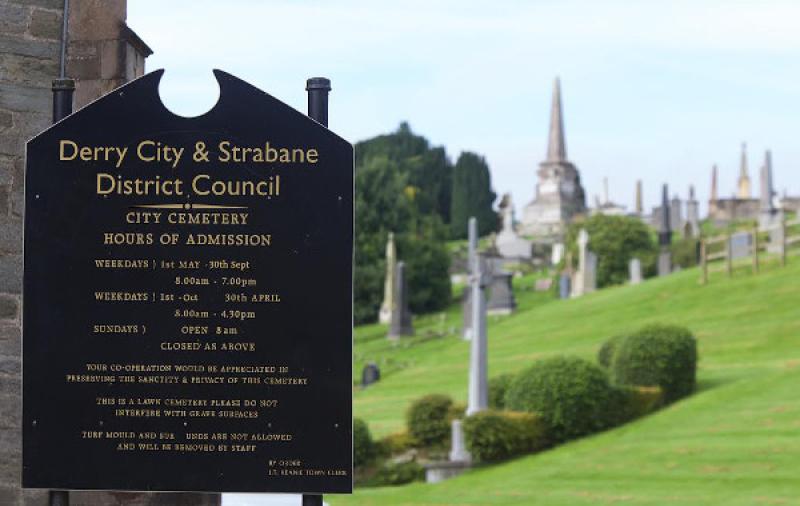 Derry's council is to waive all costs ssociated with the opening of a grave for children under 18 years of age and stillbirths. The move came at yesterday afternoon's monthly meeting of Derry City and Strabane District Council, held in the Guildhall, following a motion table by the SDLP's John Boyle. The motion called on council to otes the recent introduction of Government funding in England and Wales to cover the funeral costs of children, and the inability to introduce a scheme here on a regional basis due to the lack of a Stormont Executive. However, the motion added that council should now introduce measures to waive all costs associated with the opening of a grave for children under 18 years of age and stillbirth births until such time as a regional initiative is introduced. Two similar motions were put forward at the meeting by the UUP's Derek Hussey and Sinn Fein's Patrica Logue. Commenting, Cllr Boyle said that while no parent expected to have to bury their child, it did happen, and caused 'real and raw pain', adding that the He added that it was up to council to help 'remove some of that unbearabale burden' by helping families with the costs of the burial. The motion received unanimous support across the chamber.
ADVERTISEMENT - CONTINUE READING BELOW