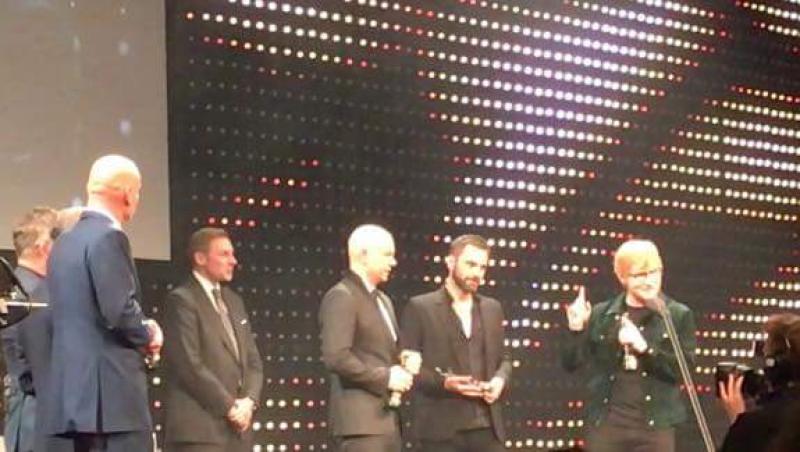 Derry music star, Snow Patrol's Johnny McDaid has scooped one of music's most coveted awards, the Ivor Novello Award, for his contribution Ed Sheeran's hit song, Shape of You. He co-wrote the chart-topping track with Ed Sheeran and Steve Mac and picked up the Ivor Novello Award yesterday at an awards ceremony in London. The award is based on songs that received the most airplay and those that did well online and generally throughout 2017. McDaid was also nominated for an Ivor Novello Award in 2016 for another Ed Sheeran track, 'Bloodstream'. 'Shape of You' is from Sheeran's award-winning third album, Divide. McDaid has also written and produced tracks with big names in music such as Pink, Robbie Williams and Harry Styles. Pictured above: Derry man, Johnny McDaid receives the Ivor Novello Award alongside co-writer and friend, Ed Sheeran, at yesterday's awards ceremony in London.
ADVERTISEMENT - CONTINUE READING BELOW