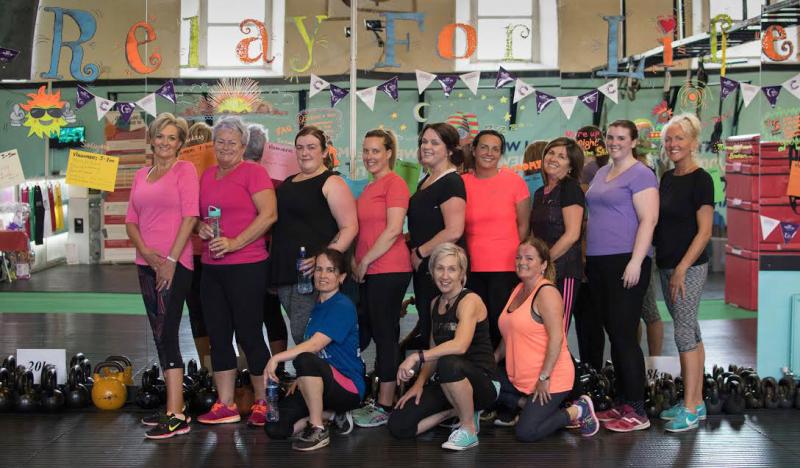 A DERRY woman who lost her husband to lung cancer when her children were just three and seven is taking part in a huge event to raise money to battle the disease. Catherine McGoldrick lost her husband in Brian Shiels June 2012, just eight months after he was first diagnosed. “His diagnosis came about after he could not catch his breath,” she explained. “He was running for a 'Disney on Ice Show' at the SSEC because we were late and he was taken from the SSEC to the Royal Victoria Hospital in an ambulance and diagnosed four days later.” Just three years later Catherine’s life was touched by cancer again when her sister Susan McGoldrick  was diagnosed with stage 4A cervical cancer. “She was a GP but she had never had a smear test,” said Catherine. “She came home to from London to live with me and my children in December 2015 and after various difficult rounds of aggressive treatment and complications she died in September 2017 when my children were just 8 and 12. “Both of these special people bore the disease without complaint or self-pity, never asking 'why me?'” Catherine says because of what she witnessed she and her children live in constant fear of cancer, but with the help of Dee McCahill at Million Dollar Fitness she has been able to feel more positive. “Million Dollar Fitness has helped me move on and look to the future," she said. “I am part of their 'Relay for Life' team because I want my children to know and see that people survive cancer every day, it is not an automatic death sentence. “Research is constantly ongoing to beat this cruel disease once, and for all - there is hope.”   Overwhelmed   Catherine and her children have now signed up to be part of the Million Dollar Fitness team at this year’s Legenderry Relay for Life event to raise money for Cancer Research UK. Dee McCahill, of Million Dollar Fitness, says she has been overwhelmed by the support amongst her members. “Cancer robs life from so many people each, and every, year. It’s something that touches many families and our Million Dollar community is no exception. “When we first mentioned taking part, I was overwhelmed by just how many members wanted to give 24 hours of their lives to honour people who have fought cancer and join the challenge to fight back against cancer. “Relay for Life is about raising awareness and raising funds for vital research. “It’s about educating the community about eating well, exercising more and living the best life you can to prevent cancer.” Dee said her members are motivated by the fact the money they raise will fund research. “Finding a cure can give families more happy days together. New and better ways to prevent, diagnose and treat cancer are needed to help people through their cancer journey. That can only happen through research.” “When Team Million Dollar decide to take action and make a difference we are awesome and a force to be reckoned with.”   Competitive eating! To date they have raised £1380 they have an upcoming coffee morning and a special ‘Man vs Food’ competitive eating fundraiser which will take part at the Relay for life. “This is our first year to take part and everybody is on board for Relay for Life,” said Dee. “We have a rota of volunteers to support the 24-hour team and members who can’t be there are helping with donations and fundraising.” The Million Dollar Coffee Morning will take place this Saturday June 2 from 11am-1pm. Million Dollar Fitness is located in a beautiful old church on Bonds Hill, Waterside. “Everyone is welcome to join us for coffee, cakes, lots of non-healthy treats and of course a natter with myself and my Team Million Dollar family,” added Dee. “ Donations for the raffle prizes include a 24” Nordmende HD TV and hundreds of pounds worth of vouchers and goodies and Starbucks are very kindly sponsoring the coffee too.” Last year’s Legenderry Relay for Life event raised over £140,000 for Cancer Research, despite a target of just £60,000. This year’s event will take place on Jun e23 at St Columb’s Park. For more information see the Relay for Life Legenderry Facebook page.
ADVERTISEMENT - CONTINUE READING BELOW