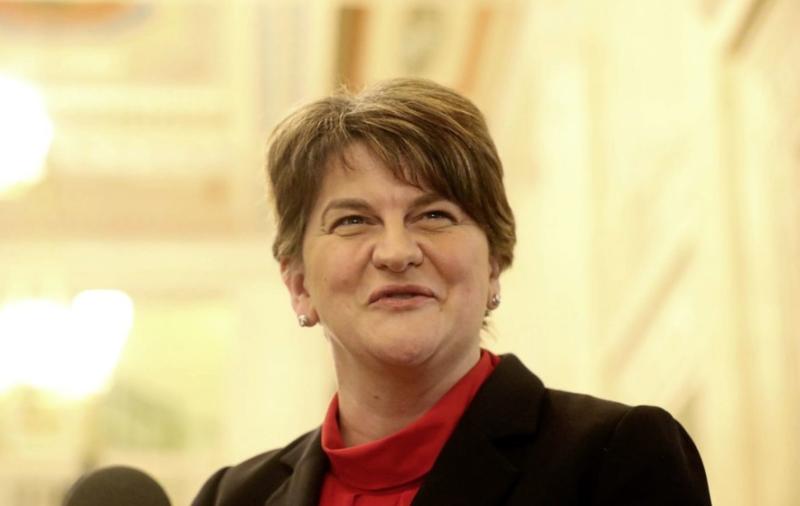 This week PAT McART worries about the advent of a dystopian age where politicians can segue so seamlessly into lies that no-one can believe the word any leader says.

I don't know if you have noticed but we are living in what could be called a global dystopian age, an age where truth is lies and lies are truths. You can't believe a word anyone in leadership says anymore. Just look at the facts. In America Donald Trump has taken this dystopian idea to a whole new level in that the fact checkers suggest he tells a lie every 83 seconds, while over in Israel Benjamin Netanyahu tells the world that sure his IDF troops shot dead more than a 100 Palestinian protesters and seriously injured up to 5,000 more but it was Hamas' fault. Israel, he says with a straight face, was only defending itself.

What's really worrying is most of their hardcore supporters unquestioningly accept these demonstrably dodgy utterances as fact. Which brings me neatly on to Arlene Foster.

Speaking recently in London the DUP leader came out with this real doozie: "Citizenship and rights are essentially unionist issues. They are issues we should set out to reclaim. Nationalism is by its nature narrow and exclusive. Being a unionist is the opposite. Unionism stands for pluralism and multi-culturalism. We are inclusive and welcome all.  Confident unionism can capture a diversity that nationalism cannot."

Eh? Maybe you might want to read that again...

Unionism is for rights, pluralism and multi-culturalism? Really?

Is this not the party that blocked an Irish language act? Is this not a woman who refused the invite of the late Martin McGuinness to attend a Republic of Ireland soccer match. Isn't this the party which blocks any moves on same-sex marriage? Isn't it the party that opposes any move by the pro-choice lobby in regard to abortion rights? Haven't quite a few  DUP MPs made anti-gay comments in recent years?

The right to vote 'No'

I overheard a lady in a cafe in Letterkenny a few weeks back saying if the 'Yes' side won the repeal of the Eighth Amendment in the Republic she wouldn't be celebrating, and if the 'No' side came out on top she wouldn't be cheering either. That woman spoke for me. She probably spoke for most of the country.

I think most reasonable people  would have serious concerns about abortion and most would oppose it. But there is then the dilemma where there are other factors - rape, incest, fatal foetal abnormalities etc etc - involved in a pregnancy. Who gets the right to demand that a woman who finds herself in such awful circumstances not have the right to do what she considers best for her and her family?

On Friday people in the Republic made their views very clear with an overwhelming 'Yes' vote. It was a clear two/thirds majority.

But, as the norm these days, Donegal, went against the trend and voted 'No.'

As a Donegal man, I'm saying nothing!

At the first sign of good weather you see them, the lads with the shirts off and the beer bellies leading the way. During the recent spell of good weather I went down to Lisfannon on a couple of occasions and there they were, the white chested romeos with the shorts on and their tops off wearing matching accessories of black tie-up shoes and socks. All that was needed to complete the world's worst dressed ensemble would have been a handkerchief tied in a triangular shape on the top of their heads.

Who lets these people out? Ever think of looking in the mirror?

For years I have watched Real Madrid's Sergio Ramos and I have come to the conclusion he's the most cynical defender in world soccer. It's amazing the number of direct opponents who have to leave the field with injuries but Ramos is never sent off, and always pleads innocence to the referee as if he was an altar boy on a day out. "What me, referee...? Never touched him..."

He was at it again in the European Cup final. And got away with it again.