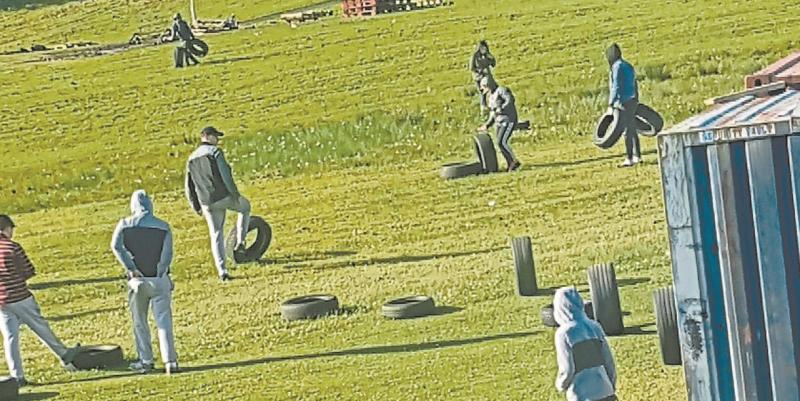 ‘Decades of neglect’, which has deprived one of the most densely populated areas of the city of any resources is leading to social problems, as youths express their contempt at the way they’ve been treated, it's been claimed. The independent Councillor Warren Robinson says it is time to look beyond the headlines to discover why young people in economically-deprived areas of the city are engaging in antisocial behaviour. Over the past number of weeks there have been repeated examples of youths vandalising their own areas by lighting bonfires and others attacking the PSNI in the city. However, Cllr Robinson asserts in many cases there are reasons, though not excuses, for their actions. Galliagh is an area with at least 6,000 residents yet it doesn’t have a community centre, let alone other facilities, says Cllr Robinson. He said: “It has been shown that deprivation and poverty come down through the generations. "This leads to a lack of hope and a lack of belonging as well as poor educational attainment, and in these circumstances it’s very easy for some young people to treat wider society the way they perceive themselves being treated. “This is not to excuse bad behaviour, I am simply explaining why some of it occurs. "Again, going back to the stats, in more affluent areas of our district, the levels of antisocial behaviour experienced in Galliagh simply do not exist. Poverty breeds contempt and contempt leads to disconnect. “This cycle needs to be broken if Galliagh and areas like it are to escape these issues.” As a community, he says, Galliagh needs to be afforded the same opportunities as elsewhere. And he believes it is when some of these fundamental problems are addressed that the negative headlines will turn positive.
ADVERTISEMENT - CONTINUE READING BELOW