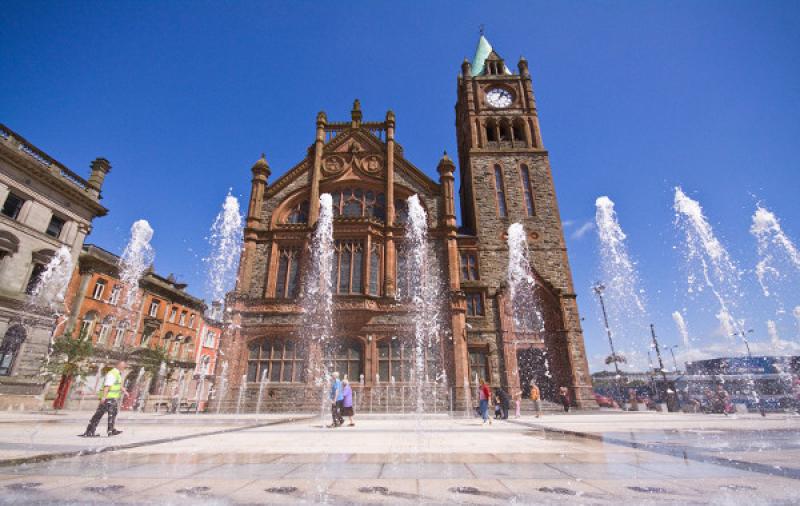 THERE have been calls for Derry councillors to be subjected to the same rules regarding drugs and alcohol which have been recently introduced for council employees. Derry City and Strabane District Council last month agreed to introduce a Workplace Alcohol and Drugs Policy, part of which provides the opportunity for staff to undergo testing if a manager is suspicious that an employee has ‘reported for duty under the influence of alcohol or drugs’. The new policy was approved at the May meeting of the council’s Governance and Strategic Planning meeting, which was told that it is ‘committed to providing a safe and healthy work environment for its employees’. It also includes guidance for managers to support an employee and where required, ‘to appropriately manage unsatisfactory conduct, performance or attendance where alcohol and drugs is a contributing factor’. The Derry News then revealed that the new policy would not apply to any of the 40 elected representatives who currently sit on the council. A spokesperson for the council told the said that given it is a workplace drug and alcohol policy for employees, it therefore did not apply to elected members. However, an independent councillor has now called for the policy to be extended to all elected representatives. The comments came at Thursday afternoon’s monthly meeting of the council, where the independent councillor Paul Gallagher that he and his fellow members ‘should be included’ in the policy. “If we are going to take the lead and ask this of employees, then we should be asked the same,” he said. The Mayor, Maoliosa McHugh, said that the proposal would be considered and report brought back on it.
ADVERTISEMENT - CONTINUE READING BELOW