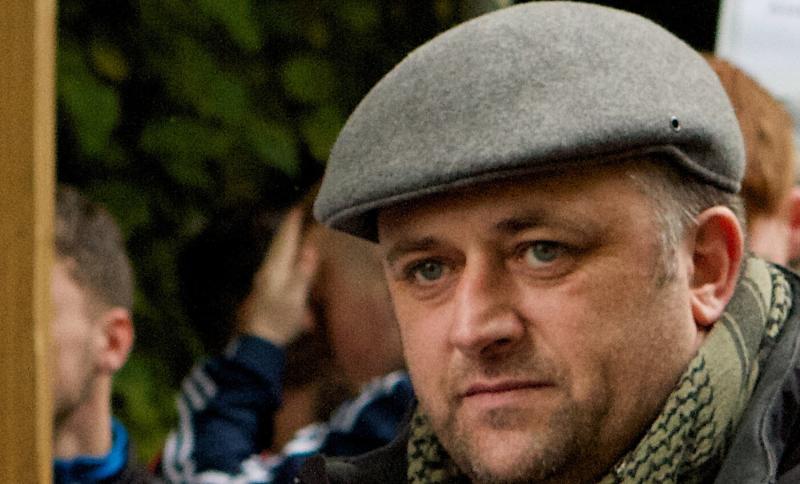 AN independent Derry councillor has said he will ‘stand over’ comments made about an alleged incident following an arson attack on Sinn Fein representative’s car. It comes after the party challenged Gary Donnelly (pictured above) over the comments at Thursday afternoon’s monthly meeting of Derry City and Strabane District Council, held at the Guildhall, where Sinn Fein’s Paul Fleming accused him of making ‘spurious allegations against council officers and councillors’. In April, a car belonging to the Creggan Sinn Fein councillor Kevin Campbell was set alight outside his home, prompting widespread condemnation. In the wake of the attack, Cllr Donnelly stated at a council meeting that members of Sinn Fein, including a serving council officer, were involved in an alleged incident in the Creggan area. Speaking at Thursday’s meeting, Cllr Fleming said that he wished to ‘raise a point of order’, which were the ‘spurious allegations’ made by Cllr Donnelly about councillors and council officers following the attack which was carried out by people he described as ‘masquerading as republicans’. He added that Cllr Donnelly had also made comments at the same meeting about Sinn Fein in relation to an independent councillor in Donegal, which he said had since been exposed for the ‘lie that it was’ following a recent radio interview. Cllr Fleming continued that the independent councillor had used the comments to ‘bring your politics into the chamber’, adding that Cllr Donnelly had done so to ‘curry favour’ with ‘micro-groups’ who he said were ‘slagging you off on Facebook’. He continued that people in these groups were ‘catching onto what many republicans had caught onto’, which was Cllr Donnelly had 'done nothing' for the republican struggle. Cllr Fleming also called on the independent councillor to retract his comments, but added that ‘we know you won’t’. Responding, Cllr Donnelly said that the ‘denial’ from Sinn Fein ‘was not surprising because I know them too well’. “What is surprising is the length of time that it took them to come out with the denial, they were probably tying up loose ends,” he said. Cllr Donnelly said that he would re-iterate what he said at the time, that the attack on Cllr Campbell should be condemned, but that he would ‘stand over everything I said’.
ADVERTISEMENT - CONTINUE READING BELOW