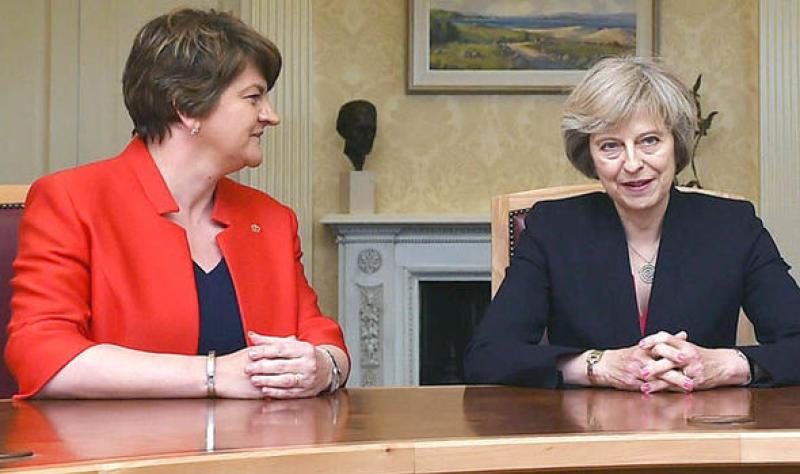 Sinn Féin MEP Martina Anderson has said cracks are beginning to show in the relationship between the DUP and the British government over Brexit. Martina Anderson said: "It is becoming increasingly clear that the DUP are worried about their relationship with the Tory government over Brexit. "The DUP would rather follow Britain into Brexit disaster than see a deal secured with would allow the north to remain in the single market and customs union, respecting the vote of the majority here. "The DUP's position also shows its ignorance of the issues as the civil service in the north have already put forward proposals which would avoid trade barriers between the north and Britain. "It appears the DUP now have little confidence in its confidence and supply motion with the British government and cracks are beginning to show. "With Brexit negotiations focusing this week on Ireland, Instead of trying to claim some semblance of power or influence by propping up a Tory government which cares little for the north, Arlene Foster and the DUP would be better off working in the best interests of people in the north."
ADVERTISEMENT - CONTINUE READING BELOW