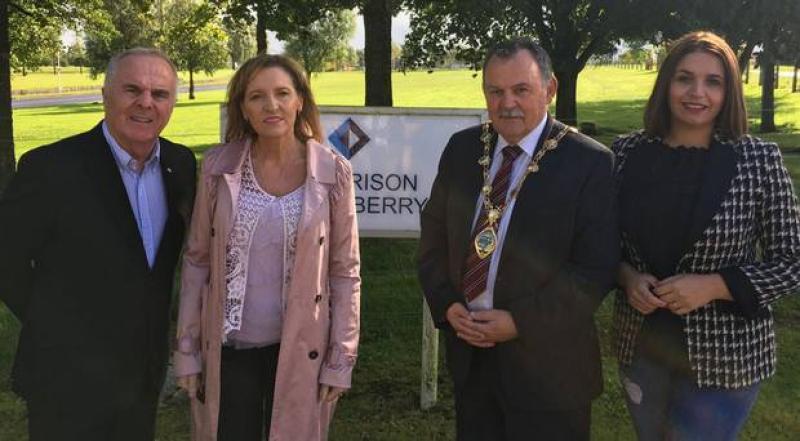 Sinn Fein has defended the outgoing Mayor of Derry and Strabane after the DUP claimed that he had 'severely damaged' the relationship with the Protestant, Unionist and Loyalist (PUL) community over the last year. It comes after the DUP criticised the Sinn Fein's Councillor Maolíosa McHugh at Derry City and Strabane District's Counci's AGM held at the Guildhall earlier this evening where he handed over the chains of office to the SDLP's John Boyle. The UUP's Derek Hussey was elected Deputy Mayor. At the meeting, the DUP's Drew Thompson said that Cllr McHugh had not been 'impartial' over the last year, citing the former Mayor's 'snubbing' of an invite where Prince Charles met with victims of the August 2017 flooding, adding that he had denied representatives of the PUL community the 'right to speak'. His comments were echoed by the independent unionist councillor Maurice Devenney who criticised Cllr McHugh for wearing the mayoral chain while visting the republican prisoner Tony Taylor, who he described as a 'convicted terrorist'. The new deputy Mayor, Derek Hussey also criticised the outgoing Mayor for not accepting an invite to a Royal garden party on behalf of the council. Responding, Cllr McHugh said that he had written a letter to Alderman Thompson at the start of his year as Mayor, asking the DUP man why he had launched at attack on him which he described as a 'tirade'. "You still haven't answered," Cllr McHugh added. However, there were tributes from across the chamber for the outgoing Mayor, including the independent councillor Gary Donnelly, who praised Cllr McHugh for his 'unwavering support of Tony Taylor', which he said was appreciated by his family. Meanwhile, Sinn Fein councillor Ruairi McHugh, who joked that as a 'member of the same gene group' as the outgoing Mayor, he was 'dissapointed but not surprised' at the DUP's comments. He also pointed out that the Irish President Michael D Higgins had recently visited a centre in County Derry dedicated to the memory of his friend Seamus Heaney, and that an invite to the event had been extended to all unionist councillors in that area. "Not one of them turned up," he said. "So maybe you should practise what you preach." Above - the former Mayor councillor Maolíosa McHugh pictured as part of the Sinn Fein delegation who visited Tony Taylor.
ADVERTISEMENT - CONTINUE READING BELOW