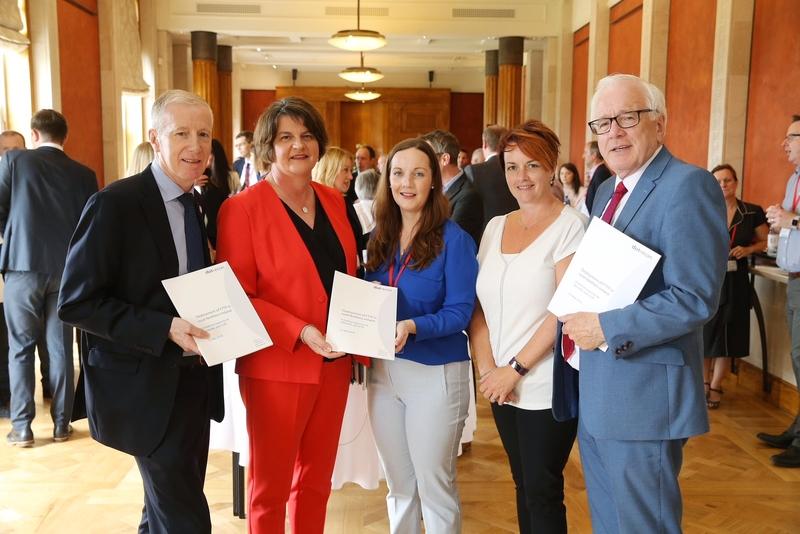 The DUP MP for East Derry, Gregory Campbell has welcomed a report revealing that money secured by the DUP within the Confidence and Supply Agreement for broadband infrastructure could bring up to £1.2billion worth of benefit to Northern Ireland. As part of the Agreement between the DUP and Conservative Party, £150million was secured to bring ultra-fast broadband to rural areas. The report by BT has calculated that for every £1 invested there could be an eightfold return by 2033 including new jobs and better productivity. Mr. Campbell who attended the launch, said: “This report reminds us that at the centre of the C&S Agreement were issues to benefit everyone in Northern Ireland regardless of their political allegiance. “Fundamentally though there needs to be an Executive to move this particular issue forward. Rural areas in particular across the East Londonderry area can benefit from this, including small businesses and those who are self employed. This report highlights the scale of the benefit this investment can bring. “It is also very significant that these benefits will be spread right across every part of Northern Ireland and that key beneficiaries will be rural regions in the west of the Province. “It is vital that this investment is progressed as quickly as possible but there can be little doubt that this process would be aided by the presence of a functioning Executive. This investment was secured to benefit everyone in Northern Ireland and all parties should be working together to ensure the maximum potential benefit.”
ADVERTISEMENT - CONTINUE READING BELOW