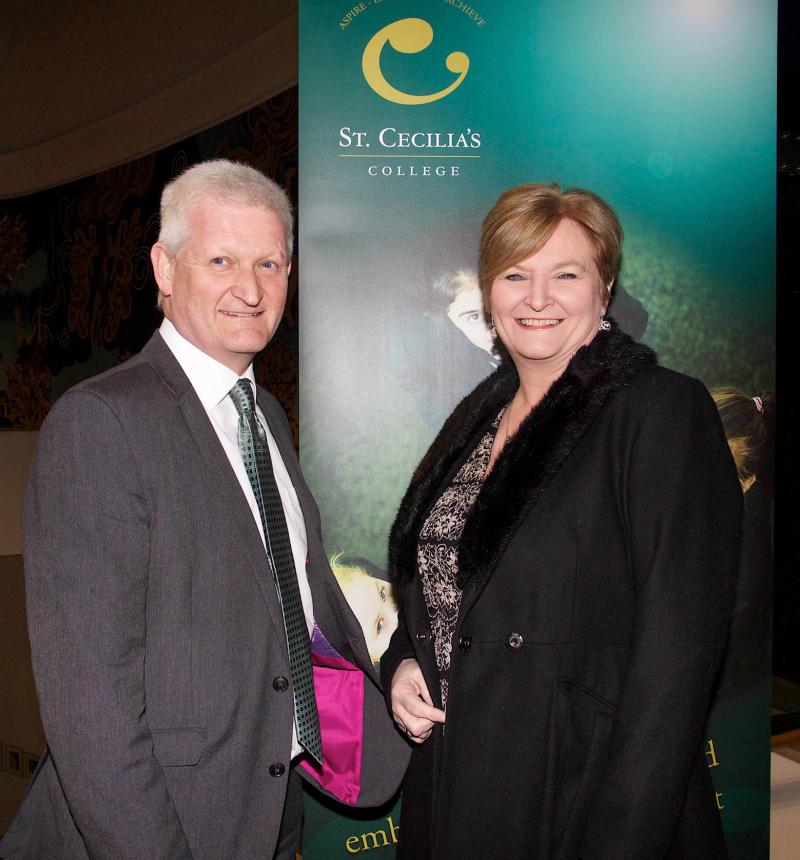 A DERRY girls’ school is celebrating its 50 th anniversary this year, and one long standing member staff has been there for 34 of them. St Cecilia’s Business Manager, Anne McAlister, joined the school as a part of the office staff in 1983 when she just 21. She has since worked under four of the school’s five principals and in three different premises. “It was a different world when I started,” Anne recalled. “There were only two of us in the front office and it was pre computers so I had a manual typewriter, not even an electric one. “We wouldn’t have made a call until after 1pm if it was to somewhere outside Derry because it was too expensive. “I remember when we got our first computer. I just thought: ‘This is magic, this is amazing.’ “I was very easily impressed back then.” Anne said having a computer meant they could easily reproduce documents instead of typing them out again, but technology has now moved on so much you would ‘hardly get a hard copy of anything’. “I remember overhead projectors and people drawing on acetates,” she said. “That was seen as high tech at that stage. “Now we have whiteboards in every classroom.” Back in the early 1980s the school had two caretakers, an audio visual technician and a food technician. The non-teaching staff has now grown to three caretakers, 10 classroom assistants and six technicians.   Labels   One of the biggest the changes the school went through was the move to ‘GCSE’ exams. “People would have certain perceptions about grammar schools and secondary schools but when the exams were amalgamated it closed that gap and it did the whole world a favour,” said Anne. “It wasn’t fair that pupils were labelled because they went to a secondary school. “St Cecilia’s has always tried to do away with labels.” Because the school has now been open for five decades there are pupils whose grandmothers studied there. “During the 50 th anniversary we’ve had plenty of people coming back and talking about their memories,” Anne Continued. “The things people remember aren’t about exams or what they learnt in the classroom. “It’s about the relationships they had with people who were interested in them and how they were treated. “That’s what makes St Cecilia’s such a family.”   Bursar   When Anne joined the staff Mary Peterson was the principal and she was very supportive and ‘allowed her to find her feet’ in what was her first full time job. “Each principal was very different but they were all what the school needed at that time,” she explained. “Grainne McCafferty was in charge when my three children were youngsters and she would have let them come in before work or let me out at lunch time to pick them up because she knew I would make the time up. “When Kathleen Gormley came along she pushed me to further myself in my career and become bursar. “I was very content where I was, but her catch phrase was always ‘get out of your comfort zone’. “Martine Mulhern has also been very good to work with and I couldn’t wish for better.” St Cecilia’s is holding an anniversary ball later this month to celebrate its 50 th year. It will take place at the City Hotel on June 22. Ticket are available from the school office at a price of £30 and include a wine reception, four course meal and entertainment by “Portobello” Staff (past and present) and past pupils and guests are all welcome.   Picture: Business Manager Anne McAlister pictured with Vice Principal Ward Devine at St Cecilia's 50th Anniversary Concert at the Forum.
ADVERTISEMENT - CONTINUE READING BELOW